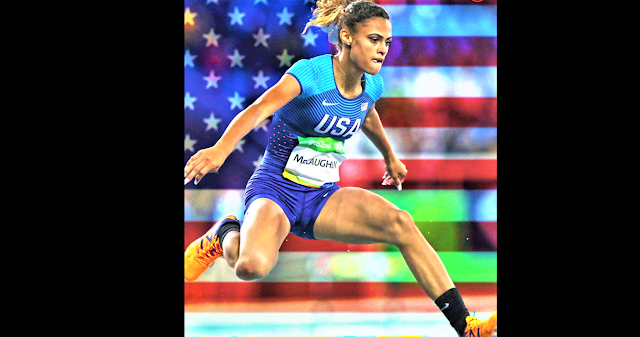 Sydney Michelle McLaughlin, who was born on August 7th, 1999, devout Christian, is an American hurdler and sprinter.

"It was the best race plan I could have ever assembled. I no longer run for self recognition, but to reflect His perfect will that is already set in stone. I don’t deserve anything. But by grace, through faith, Jesus has given me everything. Records come and go. The glory of God is eternal. Thank you Father."

She wrote, "I felt immediate excitement and overall gratefulness," she said. "I owe it all to God, my family and my team. I'm still in disbelief, but it's truly just faith, trusting the process, and seeing my hard work along with the gift of God being put into action."

This is an Instagram video, McLaughlin made about her faith,

Sydney wrote, "The peace of knowing I will always have a friend, always have His support, and always have His LOVE; makes even the loneliest of moments feel full. My soul finds rest in knowing He is not like us. He doesn't change, and He will never leave me. Giving the ability to be completely content, no matter the situation. Simply because, I don't have to face it alone. That. Is. Love."

"I see myself impacting the lives of others by living by example through my actions and kindness," she said. "Beyond being a great athlete, I want to be known as a good person of strong faith and integrity."

McLaughlin's Instagram introduction states, "Jesus saved me," there she frequently comments about her faith in God.