Prayers Answered as 14 Disabled Children, a Priest and 5 Catholic Nuns are Rescued from Afghanistan Arriving in Rome 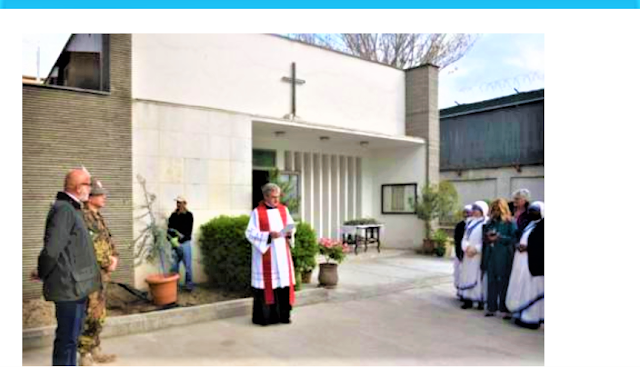 Five nuns, 14 disabled children and Father Giovanni Scalese, the head of the missio sui iuris in Afghanistan, arrived in Rome. Italy’s airlift also brought out 15 associates of the Pro Bambini di Kabul charity and their families, whose lives were at risk. As for the others left behind, “we do not know how to help” them, said the association’s president Father Matteo Sanavio.

Fourteen severely disabled children, abandoned by their families, are now safe. In Kabul, they were in the care of the Sisters of Mother Teresa who had been operating in the Afghan capital for several years.

Yesterday afternoon they landed at Rome’s Fiumicino airport together with the four nuns, plus Barnabite Father Giovanni Scalese, in charge of the Missio sui iuris in Afghanistan, and Pakistani Sister Shahnaz Bhatti, of the congregation of Saint Jeanne-Antide Thouret, who ran a facility for 50 children with mild disabilities in Kabul established by the inter-congregational association Pro Bambini of Kabul (PBK).

They managed to board a plane, part of the Aquila 1 airlift operation organised by the Italian Air Force.

"For us it is a great relief,” said PBK president Father Matteo Sanavio. “The kids have arrived, all orphans aged 6 to 20 years,” he told AsiaNews.

Indian Sister Teresia Crasta, of the Congregation of the Child Mary, along with two Indian Jesuits who worked with refugees, managed to leave thanks to India’s airlift.

“While we kept in constant touch with Italian authorities, we worked with the Community of Sant'Egidio to include the names of these people in the list of those who could use humanitarian corridors. Today I can say that almost all of them have managed to reach Italy; now we are waiting for the last ones.”

Father Sanavio explained that “The various congregations that make up our association have already offered to welcome these families and support them in order to integrate them in their new environment.”

(Edited from La Repubblica and Asia News IT