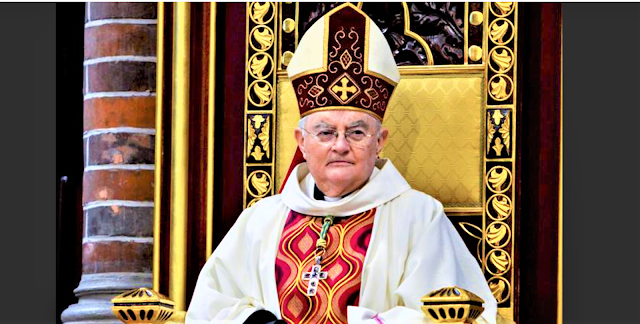 Archbishop Henryk Hoser, SAC, senior archbishop of the Warsaw-Praga diocese, died at the age of 78.
Archbishop Henryk Hoser, senior archbishop of the Warsaw-Praga diocese, died
The retired ordinary of the Warsaw-Praga diocese was 78 years old. He was a doctor and a missionary. He was the first Polish Pallottine to be elevated to the dignity of an archbishop. He comes from a well-known family of Warsaw gardeners. His father and grandfather were killed in the Warsaw Uprising by the Germans during the Wola massacre.
In 1975, Fr. Hoser went on a mission to Rwanda. After returning from Africa in 1996–2003, he was the regional superior of the Association of the Catholic Apostolate in France and a member of the Mission Council of the Conference of Major Superiors in France.
On January 22, 2005, the Holy Father John Paul II appointed him Archbishop and Auxiliary Secretary of the Congregation for the Evangelization of Nations and President of the Pontifical Missionary Works. He was consecrated on March 19, 2005 by Cardinal Crescenzio Sepe (co-presenter: Archbishop Stanisław Dziwisz and Archbishop Thaddée Ntihinyurwa).
On May 24, 2008, Pope Benedict XVI appointed him ordinary of the Warsaw-Praga diocese. On December 8, 2017, at the age of 75, Pope Francis accepted his resignation from the office of the diocesan bishop of Warsaw-Praga.
Six months later, he was appointed by Pope Francis a special apostolic visitator for the parish in Medjugorje, a city in Bosnia and Herzegovina, where - according to the accounts of six children - the Mother of God was to appear in 1981.
The information about the death of the archbishop was provided by KAI.
FULL TEXT Press Office of the Archdiocese of Krakow
https://diecezja.pl/aktualnosci/zmarl-abp-henryk-hoser-arcybiskup-senior-diecezji-warszawsko-praskiej/