US Bishops Release Statement on Afghanistan "We also join the Holy Father in praying for peace in Afghanistan—‘that the clamor of weapons might cease and solutions can be found..." FULL TEXT 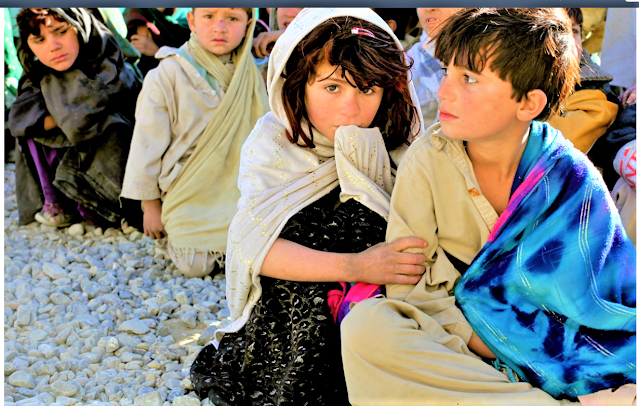 WASHINGTON—A widespread humanitarian crisis is unfolding in Afghanistan, with the Taliban swiftly seizing control of the capital on August 15. Thousands of people who have worked as interpreters, translators, and in other capacities alongside the United States military over the past twenty years, including Special Immigrant Visa (SIV) applicants, find themselves and their families in danger. The United States is in the process of evacuating diplomats and other U.S. government employees. However, all commercial flights to and from Kabul’s airport have been suspended for the time being. Yesterday, the President authorized use of up to $500 million from the Emergency Refugee and Migration Assistance Fund for meeting the urgent needs of Afghan refugees and SIV applicants.

In response to these events, Bishop Mario E. Dorsonville, auxiliary bishop of Washington and chairman of the U.S. Conference of Catholic Bishops’ (USCCB) Committee on Migration, and Bishop David J. Malloy of Rockford, chairman of the USCCB’s Committee on International Justice and Peace, issued the following statement:

“We have known that the withdrawal of American forces and evacuation of vulnerable Afghans, including those who supported our military or worked with NGOs and other organizations, would be a complicated process that had the potential for instability in Afghanistan. The images and videos coming out of the country are difficult to view, as people make life or death decisions in desperation. We are particularly concerned for all those requiring evacuation, as well as Afghan women and girls, who risk losing opportunities gained over the last two decades and now face potential mistreatment.

“For the past few weeks, staff from the USCCB, Catholic Charities, and other partners have been at Fort Lee in Virginia, assisting the U.S. government in the welcoming and resettlement of SIV applicants and their families. We will continue that work as long as necessary until those who are in harm’s way are brought to safety.

“The government’s goal to relocate as many as 30,000 SIV applicants to the United States remains a monumental task that hangs in the balance. We know that time is of the essence to help our brothers and sisters in need, and we call on our government to act with the utmost urgency, considering all available avenues to preserve life. We also join the Holy Father in praying for peace in Afghanistan—‘that the clamor of weapons might cease and solutions can be found at the table of dialogue.’”