Over 100 Extremists in India Attack Christians Gathered at Church 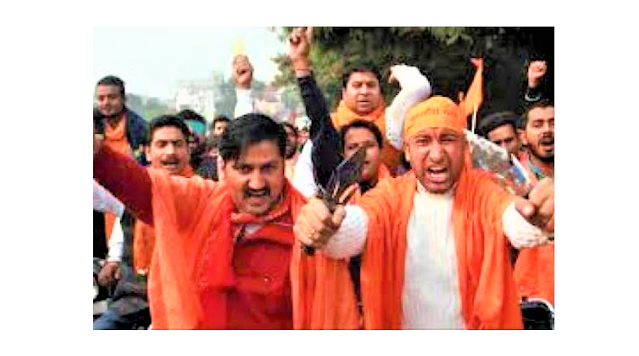 Approximately 60 Christians were gathered in the church when a mob of between 150 and 200 armed religious fundamentalists from the nearby village of Bhejgar barged in at around 10am shouting Hindu chants of 'Jai Shri Ram' (Translation: “Long Live Shri Ram”).

The mob then proceeded to beat all those gathered in the church, including women and children. CSW sources report that some of the women had their saris ripped off and their hair pulled, while the men were beaten with sticks and the altar and musical instruments were broken. The mob also tore a Bible from the pulpit and trampled it under their feet, and they placed Hindu idols inside the church and worshipped them.

When some of the women stood up to the attackers and questioned the reason for the vandalism, they were told that 'since they were born in India, they had to remain Hindus and worship Hindu deities.’

CSW sources report that while the pastor of the church submitted a written complaint which named the perpetrators of the attack, the police initially neglected to register an FIR. An FIR was finally filed at around 11pm on 29 August, but the police removed the names of the individuals mentioned in the pastor’s complaint.

The church in Polmi has been used as a place of worship for almost 20 years. CSW sources report that the Christians had lived in peace with the other villagers for years prior to the attack.

Arun Pannalal, President of Chhattisgarh Christian Forum, a body which has been fighting persecution and protecting churches for the past 25 years, said: "Attacks on churches and Christian houses is now a routine occurrence."

Edited and shortened from a report by https://www.csw.org.uk/