Prayers Answered as Catholic Priest is Released by Kidnappers in Nigeria 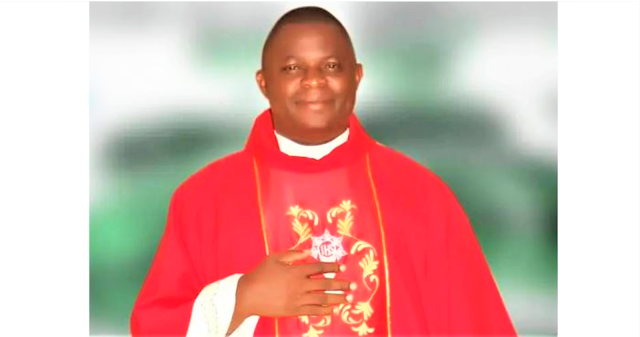 Priest kidnapped on September 13 released after 24 hours
Thursday, 16 September 2021
Agenzia Fides reports that "Barely 24 hours after his kidnap, our beloved brother priest was released by his abductors". Thus Fr. Emmanuel Uchechukwu, Chancellor of the diocese of Kafanchan, announced the release of Fr. Luka Benson Yakusak, kidnapped on the evening of September 13 (see Fides, 14/9/2021). "Fr. Benson was abducted by armed persons from his residence at St. Matthew’s Parish Anchuna, in Zango Kataf Local Government Area, Kaduna State, on Monday, Sept. 13, 2021", recalls Fr. Uchechukwu. "We want to thank all those that have offered prayers and entreaties for the quick release of our brother priest and others who are still in the dens of their kidnappers", said Fr. Uchechukwu, who invoked the intercession of Our Lady of Guadalupe. The priests of the diocese of Kafanchan were invited to celebrate a thanksgiving mass for the release of their confrere. The statement does not say exactly how and when the priest was released, nor if a ransom was paid, but it does emphasize that Fr. Benson was released "barely 24 hours after his kidnap". "Extortion kidnapping is currently the most profitable industry in Nigeria", said Bulama Bukarti, senior analyst in the extremism policy unit at the Tony Blair Institute for Global Change. An industry made up not only of kidnappings of individuals but above all of mass kidnappings, especially of students. Since December 2020, more than 1,000 Nigerian students and staff have been kidnapped and held hostage by criminal gangs in the dense forests in the northwest of the Country. A plague that forced the authorities of the State of Kaduna (where Fr. Benson was kidnapped), to suspend lessons in local schools because they were unable to guarantee the safety of students. There are still 300 schoolchildren who have not been returned to their families. (L.M.) (Source: Agenzia Fides, 16/9/2021)