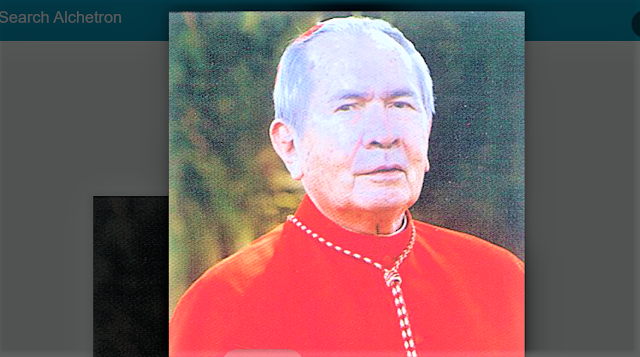 Pope Francis sent a telegram to express his condolences upon the death of Brazilian Cardinal José Freire Falcão, who died on Sunday, September 26th, 2021, at the age of 95. The Cardinal served as the Archbishop of Brasilia from 1984 until his retirement in 2004, and died on 26 September while in hospital receiving treatment for Covid-19.

Telegram of the Holy Father

With regress I received the news of the death of cardinal josé freire falcão and I wish to express my union of prayer with the archdiocese of Brasilia, the family of the dead, and how many are crying for his death. I trust the beloved cardinal to god's mercy, remembering his precious collaboration in the different organisms of the holy see and my encounters with this pastor passionate for evangelization. He was requested in placing the gifts received from the lord at the service of the people of god and his bishops brothers, especially in the years that said him president of the episcopal conference. I thank the Father of heaven for his episcopal ministry in which he prodigalized himself with generosity by leading through the paths of the gospel the people who had been trusted with him, with the same zeal with which he had performed his previous services.

Cardinal José Freire Falcão, Archbishop emeritus of Brasília, Brazil, was born on 23 October 1925 at Ererê, diocese of Limoeiro do Norte. He attended the elementary and middle school of that city and in Russas and in 1938 he entered the seminary of Prainha at Fortaleaz, where he did his higher studies, as well as philosophy and theology.
On 19 June 1949, he was ordained a priest at Limoeiro do Norte. Immediately after he began his ministry as vicar of the Cathedral. He was also vice-director of the diocesan secondary school, professor at the minor seminary and in other schools, as well as the Chaplain to Catholic Action.
After 18 years of priestly ministry, on 24 April 1967, he was elected titular Bishop of Vardimissa and named Coadjutor with the right of succession to the Bishop of Limoeiro do Norte. He received episcopal ordination on 17 June 1967, and just after two months, on 19 August, he assumed the pastoral governance of the diocese. On 25 November 1971, he was promoted Archbishop of Teresina. He lead this ecclesial community for 12 years. On 15 February 1984, he was transferred to the diocese of Brasília.
Faithful to his episcopal motto, "Serve in humility",he dedicated his every moment to the development of the ecclesial communities entrusted to him, motivated by his great desire to proclaim the truth of the Gospel, and by a sincere and profound love of the Church and fellow man. He also carried out important duties within the National Bishops’ Conference of Brazil (CNBB). In particular, he was a member of the Commission for Pastoral Assistance, President of the Movement for Basic Education, a member of the Permanent Council and of the Representative Commission.
He was a member of the Departments of Education and Vocations, and an official of CELAM (Latin-American Episcopal Council), responsible for its sessions on ecumenism. In addition, he participated in the Latin-American Episcopal Conference and was the second Vice-President of CELAM.
He also wrote monthly articles for the daily "Brazil News" and for the "Brazilian Courier". His signature appears weekly on the Liturgical Bulletin of the Archdiocese, "People of God".
Archbishop emeritus of Brasília, 28 January 2004.
He participated in the conclave of April 2005, which elected Pope Benedict XVI.
Created and proclaimed Cardinal by St. John Paul II in the consistory of 28 June 1988, of the Title of S. Luca a Via Prenestina (St. Luke on Via Prenestina).
Cardinal José Freire Falcão died on 26 September 2021.
Source: https://press.vatican.va/content/salastampa/en/documentation/cardinali_biografie/cardinali_bio_falcao-freire_j.html