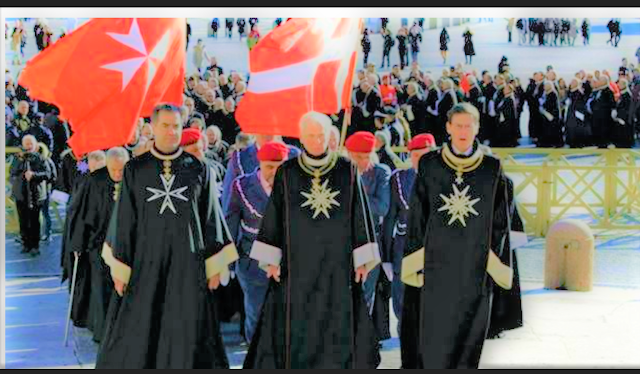 TO THE SPECIAL DELEGATE TO THE SOVEREIGN MILITARY
HOSPITALLER ORDEROF SAINT JOHN OF JERUSALEM,
OF RHODES AND OF MALTA (S.M.O.M.)

To His Most Reverend Eminence
Cardinal Silvano Maria TOMASI
Special Delegate to
the Sovereign Military Hospitaller Order
of Saint John of Jerusalem, Rhodes and Malta

On 1 November 2020, you were appointed by me as my special delegate to the Sovereign Military Hospitaller Order of Saint John of Jerusalem, of Rhodes and of Malta (S.M.O.M.). I noted, with gratitude, the positive steps taken in the spiritual and moral renewal of the Order, especially of the professed members, as well as in the process of updating the Constitutional Charter and the Order’s Code of Malta, the latter being of fundamental importance not only in view of the forthcoming Extraordinary Chapter General, but especially for the renewal of the Order.

Having taken note of what has been done in consultation with the professed members, the Sovereign Council, the Procurators, Regents and Presidents, so that the work already undertaken may bear fruit, it is important that the Extraordinary General Chapter be celebrated in conditions that will ensure the necessary renewal in the life of the Order.

In light of this, I have therefore decided to extend, from this moment, Fra' Marco Luzzago’s term of office as Lieutenant Grand Master, until the conclusion of the Extraordinary General Chapter and the subsequent election of a new Grand Master by the Council of State.

In order to be able to continue this important work of renewal, as my special delegate you have all the powers necessary to decide any questions that may arise in the implementation of the mandate entrusted to you. As my special delegate, you have the power to take upon yourself aspects of the ordinary government of the Order, even derogating, if necessary, from the current Constitutional Charter and the current Codex Melitense, as well as to resolve all internal conflicts within the Order ex auctoritate Summi Pontificis.

Furthermore, in view of the forthcoming Extraordinary General Chapter, in order to address any problems that may arise, I also expressly grant you the following powers

- to convoke the Extraordinary General Chapter for a date that you will determine, and to co-chair it;

- to define ad hoc regulations for the composition and celebration of the Extraordinary General Chapter;

- to approve the Constitutional Charter and the Codex Melitense;

- to proceed with the renewal of the Sovereign Council in accordance with the new regulatory texts;

- to convene the full Council of State for the election of a new Grand Master.

I encourage and support the Order of Saint John in the many works of charity it carries out through the commendable work of its members and volunteers in various parts of the world, faithful to the Order’s aims: the “tuitio fidei” (the defence of the faith) and the “Obsequium pauperum” (service to the poor, the sick and the weak).

I have no doubt that the entire Order, at every level, will willingly collaborate with you in a spirit of authentic obedience and respect.

While I thank you for your availability, I assure you of my prayers and cordially impart the Apostolic Blessing to Your Eminence, which I gladly extend to all the members and volunteers of the Order of Malta.