Saint October 17 : St. Ignatius of Antioch - Legend says the Child Jesus Took in His Arms - a Bishop and Martyr who is the Patron of Throat diseases 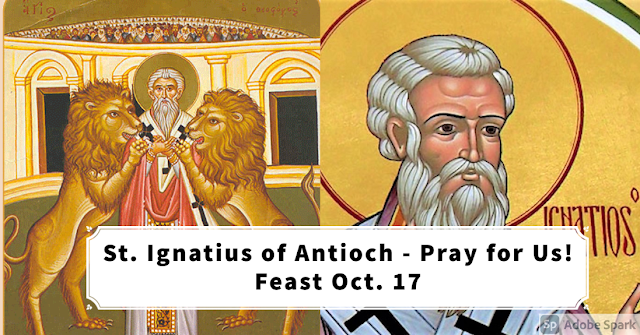