Community Gathers in Prayer after 5 Killed and Over 40 Injured Including Children and Priest at Christmas Parade in Wisconsin, USA - VIDEO 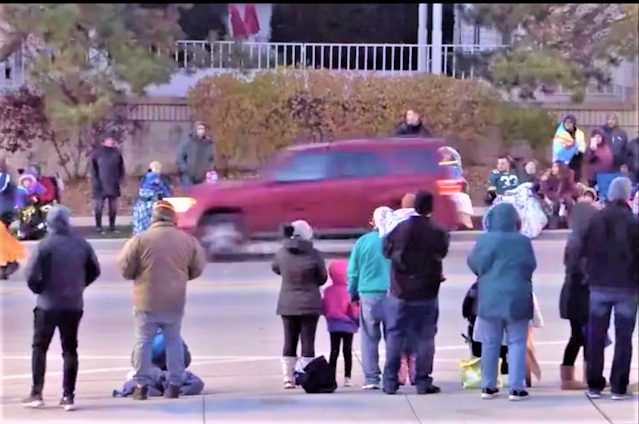 At least five people were killed and more than 40 others were injured when a red SUV ran into crowds gathered for a Christmas parade in Waukesha, Wisconsin, Sunday, November 21, 2021, around 4:39 p.m. local time. 12 children and 11 adults were taken to hospital with injuries; including a Catholic priest and members of the Catholic community.
Archdiocese Statement On the Waukesha Parade Tragedy A statement from Sandra Peterson, Communication Director, Archdiocese of Milwaukee about the Waukesha parade tragedy. "Our prayers are with the people who have been injured and killed during the tragic incident in Waukesha. Among the injured are one of our Catholic priests, as well as multiple parishioners and Waukesha Catholic school children. Please join us in prayer for all those involved, their families, and those who are traumatized from witnessing the horrible scene." ************
Video of the parade shows a red SUV driving quickly through the parade, followed by a running police officer.

At least five people died and more than 40 injured after car ploughed into Christmas parade in US state of Wisconsinhttps://t.co/nCQAltkLW0 pic.twitter.com/4H9SfkXJbl

“As community members gathered to celebrate this holiday season with friends, family and neighbors, a driver broke through barricades and struck many adults and children at the 2021 Waukesha Christmas parade,” the statement said. “While much is still unknown, including the full extent of injuries and the number of lives lost” the statement added, “the people of Wisconsin pray for the Waukesha community and all those affected, and mourn the loss of life that occurred as a result of this senseless tragedy.” A vehicle was recovered and a "person of interest" was taken into custody, Police chief Thompson said. "The scene is now safe," the chief said Sunday evening.