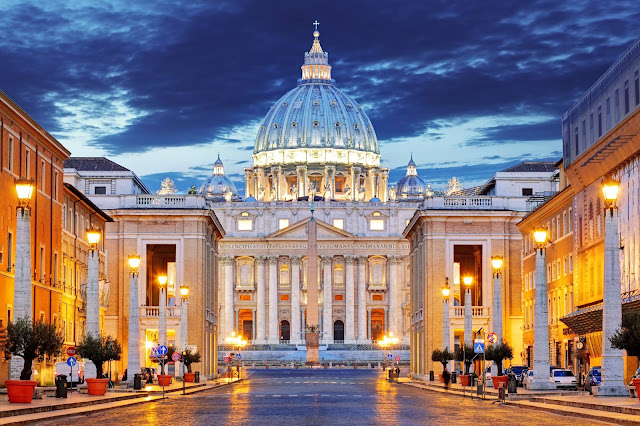 FULL TEXT APOSTOLIC LETTER
IN THE FORM OF "MOTU PROPRIO"

OF THE GREAT PONTIFF
FRANCIS

Almost six years have passed since the entry into force of the Motu proprio Mitis Iudex Dominus Iesus , with which I reformed the canonical process for the causes of declaration of nullity of marriage;

bearing in mind that the cardinal theological-juridical principle of the reform is that " the Bishop himself in his Church, of which he is made pastor and head, is for this very reason a judge among the faithful entrusted to him " ( Mitis Iudex , III);

wanting to directly support the Churches that are in Italy in receiving the reform of the canonical process for the causes of declaration of nullity of marriage, giving new impetus to the application of the Motu proprio Mitis Iudex ;

1. with episcopal consecration the Bishop becomes, among other things, iudex natus (cf. can. 375, § 2). He receives the potestas iudicandi to guide the People of God even when it is necessary to resolve disputes, declare juridical facts, punish crimes (cf. can. 1400, § 1), on the other hand " the pastoral dimension of the Bishop includes and requires also his personal function as judge "( Address to the CEI , May 20, 2019, n. 2), without prejudice to the principle that the diocesan Bishop can exercise judicial power not only personally, but also through others, in accordance with the law (can. 1673, § 1);

2. the judicial ministry of the Bishop by its very nature postulates closeness between the judge and the faithful, which in turn gives rise to at least an expectation on the part of the faithful to go to the tribunal of their own Bishop according to the principle of proximity (cf. Mitis Iudex , VI);

3. although can 1673, § 2, allows the diocesan bishop to have access to other tribunals, this faculty must be understood as an exception and, therefore, every bishop, who does not yet have his own ecclesiastical tribunal, must try to erect it or at least to work to make this possible (cf. Mitis Iudex , III);

4. from the tribunal of first instance an appeal is made to the metropolitan tribunal of second instance (can. 1673, §6). In determining the tribunals of appeal provided for by cann. 1438-1439 the proximity principle must be kept in mind. In any case, the right of appeal to the ordinary Tribunal of the Apostolic See, that is to the Roman Rota, remains unaltered (cf Mitis Iudex , VII);

5. the Italian Episcopal Conference, by equitably distributing the human and economic resources for the exercise of judicial power to the Dioceses, will be a stimulus and help to individual Bishops to put into practice the reform of the marriage process (cf. Mitis Iudex , VI) ;

6. the reform drive of the canonical matrimonial process - characterized by the proximity, speed and gratuitousness of the procedures - necessarily passes through a conversion of structures and persons (cf. Speech to the CEI , cit., N. 2);

at the Tribunal of the Roman Rota the following Pontifical Commission ad inquirendum et adiuvandum all and individual particular Churches in Italy, chaired by HE Mons.Alejandro Arellano Cedillo, Dean of the Tribunal of the Roman Rota, and formed by the Most Reverend Mons. Vito Angelo Todisco and Davide Salvatori, Judges of the same Apostolic Court, as well as by HE Most Rev. Vincenzo Pisanello, Bishop of Oria and member of the Italian Episcopal Conference.

The task of the Commission will be to ascertain and verify the full and immediate application of the reform of the marriage nullity process in the aforementioned particular Churches, as well as to suggest to the same what is deemed appropriate and necessary to support and help the fruitful continuation of the reform, so that the Churches, who are in Italy, show themselves generous mothers to the faithful, in a matter closely linked to the salvation of souls, as requested by the majority of my Brothers in the Episcopate in the Extraordinary Synod on the Family (cf. Relatio Synodi , n. 48) .

At the end of his office, the Commission will draw up a detailed report on his work and on what has been found in the application of the Motu proprio Mitis Iudex .

Given in Rome, at San Giovanni in Laterano, on November 17 in the year 2021, the ninth of my pontificate.