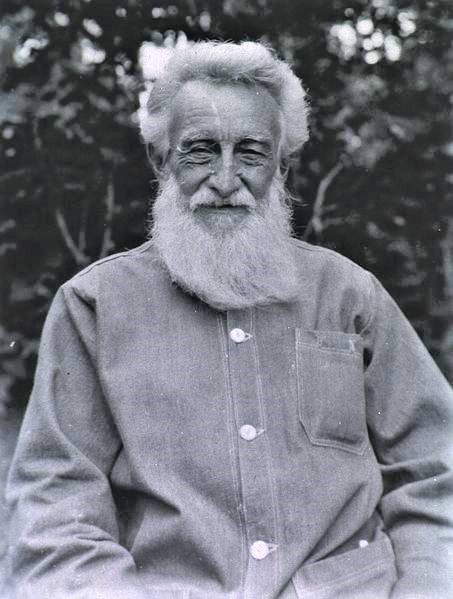 BALTIMORE—At their annual fall Plenary Assembly, the bishops of the United States held a canonical consultation on the cause of beatification and canonization of the Servant of God Joseph Dutton, lay man.

Archbishop Jerome E. Listecki of Milwaukee, chairman of the U.S. Conference of Catholic Bishops’ (USCCB) Committee on Canonical Affairs and Church Governance, and Bishop Clarence R. Silva of Honolulu, facilitated the discussion by the bishops. By a voice vote, the bishops affirmed support for the advancement of the cause of beatification and canonization on the diocesan level.

Ira Barnes Dutton, known as Joseph Dutton or Brother Dutton, was born April 27, 1843, in Stowe, Vermont. His father, Ezra Dutton, was a farmer who also worked as a cobbler and his mother, Abigail Barnes, was a schoolteacher. The family moved to Janesville, Wisconsin in 1847. Dutton was interested in the military and became a member of the Janesville Zouave Corps. With the onset of the Civil War, the cadets of the Janesville Zouave Corps were enrolled, as Company B of the volunteer regiment, which later became known as the 13th Wisconsin Volunteer Infantry. Dutton was soon appointed regimental quartermaster sergeant, later promoted to lieutenant and ultimately captain. After the war, he remained in service as a quartermaster’s agent on cemetery construction duty, which involved the task of disinterring bodies from scattered graves and reinterring them in national cemeteries.

Dutton was married on January 1, 1866, but when his wife left him a year later, it began a period in his life that Dutton later referred to as the “degenerate decade” where he engaged in heavy drinking. In July of 1876, he became “strictly an abstainer.”

Dutton was determined to do penance and make atonement for his “wild years,” and after studying the Catholic faith, he decided that being Catholic would best enable him to lead a penitential life. He was received into the Catholic Church at St. Peter’s in the city of Memphis on April 27, 1883, his 40th birthday, and took the name of “Joseph” as his name.

In 1884, he entered the Trappist Monastery at Gethsemane in the Commonwealth of Kentucky, where he stayed for 20 months, devoting himself to a life of hard work and silence. However, he realized that the best way for him to do penance was not through a life of contemplation but through a life of action and he left the monastery, with the blessing of the abbot.

The Servant of God Dutton first learned about Father Damien DeVeuster, now Saint Damien of Molokai, and the Kalaupapa leprosy settlement on the island of Molokai in Hawaii when he read the account The Lepers of Molokai, written by Charles Warren Stoddard. With Stoddard’s encouragement, he traveled to Hawaii, and with the approval of the bishop and the Board of Health, he went to Kalaupapa. Father Damien, who had just been diagnosed with leprosy, needed an assistant to help him carry on his work after he was gone. Dutton threw himself into the work and soon became an expert in caring for the patients’ medical needs. He was methodical and accurate in his work and quick to learn the rudiments of medicine and surgery.

Father Damien, who died in 1889 from leprosy, had established homes for the “orphan” boy and girl patients near his church and house. In 1888, Mother Marianne Cope, now Saint Marianne of Molokai, and the Franciscan Sisters had arrived to care for the girls in a new home in Kalaupapa. In 1892, at the request of Mother Marianne, Dutton was received as a Secular Third Order Franciscan and in 1895, he took charge of the Baldwin Home for Boys with a capacity of 120 beds for boys and young men. He labored there for the next 35 years. Joseph Dutton died at St. Francis Hospital in Honolulu on March 26, 1931.