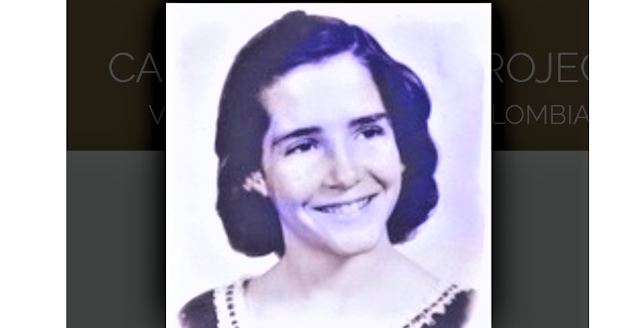 U.S. Bishops Affirm Advancement of the Cause of Beatification and Canonization of the Servant of God Charlene Marie Richard.

BALTIMORE— At their annual fall Plenary Assembly, the bishops of the United States held a canonical consultation on the cause of beatification and canonization of the Servant of God Charlene Marie Richard, lay woman.

Archbishop Jerome E. Listecki of Milwaukee, chairman of the U.S. Conference of Catholic Bishops’ (USCCB) Committee on Canonical Affairs and Church Governance, and Bishop J. Douglas Deshotel of Lafayette in Louisiana, facilitated the discussion by the bishops. By a voice vote, the bishops affirmed support for the advancement of the cause of beatification and canonization on the diocesan level.

Charlene Marie Richard was born January 13, 1947, and died August 11, 1959, at the age of twelve years old. She was from the rural community of Richard, Louisiana, and the second oldest of ten children born to Joseph Elvin and Mary Alice Richard. In May 1959, after reading a book about Saint Thérèse of Lisieux, the young Charlene Richard asked her grandmother whether she, too, could become a saint by praying like Saint Thérèse.

After reporting appearances of a tall woman in black who would vanish, and her teacher observing that the young girl was not herself, Charlene’s mother took her to a physician where she was diagnosed with acute lymphatic leukemia and hospitalized at Our Lady of Lourdes Hospital in Lafayette, Louisiana. At the request of her family, the hospital chaplain, Reverend Joseph F. Brennan, was called to her bedside to deliver the news of her terminal diagnosis.

Though the illness was painful, Charlene remained cheerful, meekly accepted her fate, and offered up her suffering to God. Father Brennan was deeply impressed by her faith and visited her daily. While dying, the young girl prayed for other individuals to be healed or to be converted to Catholicism. The Director of Pediatrics at the hospital, Sister Theresita Crowley, OSF, also witnessed her calm acceptance of suffering and prayers for others. Father Brennan and Sister Theresita maintained that those for whom Charlene Richard prayed recovered from their illnesses or became Catholic. Richard died on August 11, 1959, about two weeks after meeting Father Brennan. She was later buried in her community of Richard, Louisiana.

In 1975, a series of articles about Charlene Richard in the newspaper of the Diocese of Lafayette increased interest in her story and were republished in a booklet, Charlene, A Saint from Southwest Louisiana, in 1979. Testimonials by individuals who believed that they had benefited by prayer to Charlene were added and then published as a book in 1988 entitled, Charlene: The Little Cajun Saint. A widespread belief formed in the area that Charlene would intercede in heaven in answer to the prayers directed to her.

By 1989, devotion and confidence in Charlene Richard’s intercession had spread outside the southwest of Louisiana with hundreds of people visiting her grave each week. On the thirtieth anniversary of her death in 1989, an outdoor Mass was celebrated by then Bishop Harry J. Flynn and was attended by more than four thousand people. Media coverage of the Mass expanded interest in her to a global audience and thousands visit her grave each year.

In January 2020, at the Immaculata Chapel in the Diocese of Lafayette, Bishop J. Douglas Deshotel officially opened the cause of beatification and canonization of the Servant of God Charlene Marie Richard.