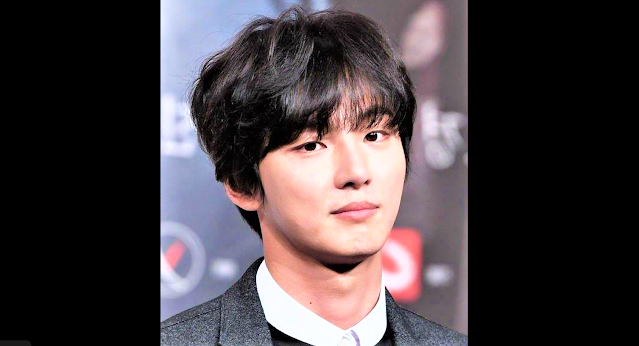 A new movie is making headlines. It is about Korea's first Catholic priest, Andrew Kim Dae-geon who lived from 1821-1846. Fr. Kim was canonized a Saint during St. Pope John Paul II's visit to Korea in 1984. This film is being made in honor of the bicentenary of St. Andrew's birth.

The movie entitled "A Birth," will be directed by Park Heung-sik ("A Day," "A Memory of the Wind") with Yoon Si-yoon ("Professional Mr. Baek" - pictured above) playing the title role, alongside Ahn Sung-ki ("Unbowed," "The Divine Fury").

The director Park, has done extensive research on the priest's legacy in order to present his life, but will focus on the period from when he left to study in Macau, until he was martyred for his faith at the age of 25.

Born and raised a Catholic, St. Andrew Kim traveled to a seminary in Macau and China at the age of 15 and was ordained as a priest at a cathedral in Shanghai in 1845. During the wave of persecution of Catholics under the Joseon Kingdom (1392-1910), Kim was beheaded in 1846, at what is now the Saenamteo Martyr's Shrine in Ichon-dong in Seoul's Yongsan District.

"I want to tell people about the extraordinary achievements of Kim, not only as a Catholic martyr, but as adventurer who wandered across sea and land during a turbulent era. Kim was one of few Koreans who deliberately accepted Western culture through language and education. In other words, he was a leader of new thoughts," Park said.

The film will open in theaters in November 2022.