Archdiocese of Cincinnati Seeks Laicization of Fr. Geoff Drew after he Pleads Guilty to Rape of a Minor 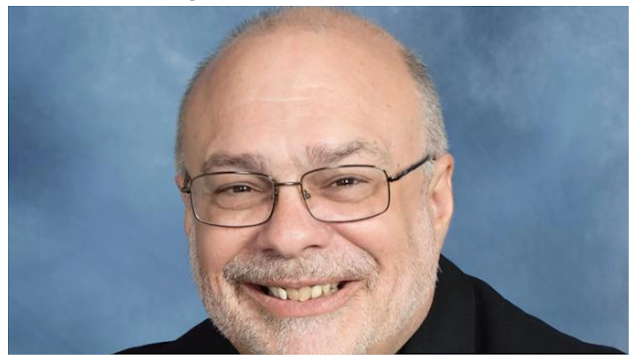 A priest in Cincinnati, Ohio, USA pleaded guilty on December 2, 2021 to raping an altar boy in the late 1980s and early 1990s, a day before jury selection was set to begin in his trial. Drew will be a registered sex offender for the rest of his life and will spend 7 years in prison.  Auxiliary Bishop Joseph R. Binzer, of the archdiocese of Cincinnati left his post in May 2020 and was assigned to another job as a priest, rather than as a bishop. Archbishop Schnurr removed him from that role after he failed to bring past concerns about Drew’s conduct to the attention of the archbishop. Binzer apologized for his handling of the complaints and offered his resignation to the Vatican, which was accepted by Pope Francis.
FULL TEXT Archdiocese Statement Regarding Father Geoff Drew
Release Date:  Dec. 2, 2021
Father Geoff Drew of the Archdiocese of Cincinnati was placed on administrative leave on July 23, 2019 as a result of a pattern of behaviors – such as boundary violations and texting a minor – in contradiction to the Decree on Child Protection. Subsequent to being placed on administrative leave, Father Drew was arrested and charged with nine counts of rape. These were new, previously unreported allegations dating back to the late 1980s, a decade before he entered the seminary to begin formation for the priesthood.
Information previously released about this matter can be found on the website of the archdiocese:
Fr. Geoff Drew Information
Given the guilty plea accepted today in court, the Archdiocese of Cincinnati will now seek the laicization of Father Geoff Drew with the Congregation for the Doctrine of the Faith at the Holy See.
“Father Geoff Drew will never again have a priestly assignment in the Archdiocese of Cincinnati or any other diocese,” said Archbishop Dennis M. Schnurr.
The Archdiocese of Cincinnati remains committed to creating and maintaining safe environments, including enforcing the Decree on Child Protection without compromise.
Please join us in continuing to pray for all victims of the horrific evil of abuse.
The Roman Catholic Archdiocese of Cincinnati is the 44th largest Catholic diocese in the country, with more than 440,000 Catholics, and has the fifth largest Catholic school system in terms of enrollment with more than 40,000 students.  The 19-county territory includes 208 parishes and 111 Catholic primary and secondary schools.
FULL TEXT Source: https://catholicaoc.org/news/press-releases/statement-regarding-father-geoff-drew