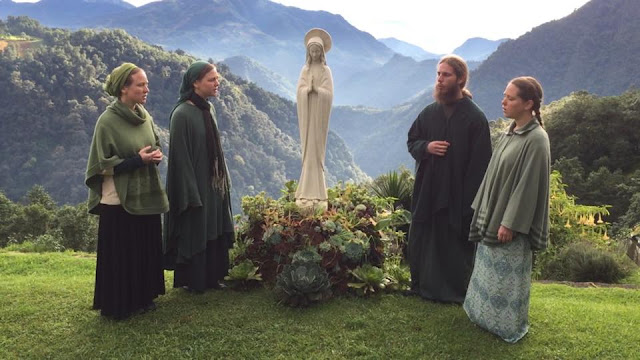 The Harpa Dei Choir is made up of four siblings, both in blood and in spirit: Nikolai, Lucia, Marie-Elisée and Mirjana Gerstner.
Born in Germany, they grew up in Ecuador, in South America.
All four have as their spiritual foundation the long formation they have received in a religious community of Catholics.
Since 2011, as part of a peace initiative, the siblings have been called to evangelization through Sacred Music.
In this video they sing the "O Clavis David" Advent Antiphon Prayer.
"O Key of David, O royal Power of Israel, controlling at your will the gate of heaven: Come, break down the prison walls of death for those who dwell in darkness and the shadow of death; and lead your captive people into freedom."
Latín: O Clavis David, et sceptrum domus Israel; qui aperis, et nemo claudit; claudis, et nemo aperit: veni, et educ vinctum de domo carceris, sedentem in tenebris, et umbra mortis.
The text is used frequently both at Mass and in the Divine Office during Advent, as it gives exquisite poetical expression to the longings of Patriarchs and Prophets, and symbolically of the Church, for the coming of the Messias.