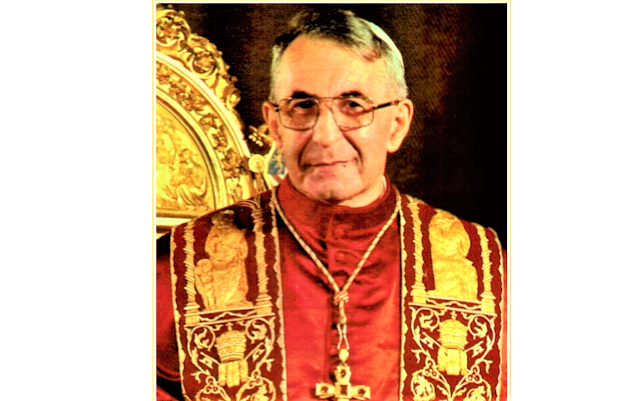 September 2022 date set for beatification of Pope John Paul I

The Congregation for the Causes of Saints officially announces 4 September 2022 as the date for the beatification of Pope John Paul I. In October, Pope Francis approved a decree recognizing a miracle attributed to the Italian Pope, who was head of the Church for 34 days.

Pope John Paul I will be beatified on 4 September 2022 in a celebration presided over by Pope Francis in the Vatican.

In October, the Holy Father signed a decree recognizing a miracle attributed to the intercession of John Paul I (Albino Luciani), clearing the way for his beatification.

John Paul I was the 263rd Pope, who spent 34 days at the head of the Church and he is the sixth pontiff from the 1900s for whom a cause for beatification and canonization has been introduced. Of this group, four have already been proclaimed saints: Pius X, John XXIII, Paul VI and John Paul II.

The miracle approved in the cause of Pope John Paul I involves the healing of a young girl in Buenos Aires, Argentina, who suffered a case of “severe acute inflammatory encephalopathy, a malignant refractory epileptic illness, and septic shock.” Her situation was very serious, characterized by numerous daily seizures and a septic state of broncho-pneumonia.

According to Canon law, the Church will have to wait for the outcome of another Super miro (on the miracle) process after beatification to proceed to canonization.

Immediately after the death of the Italian Pope on 28 September 1978, requests for his canonization began to pour in from all parts of the world to the diocese where he was born. Through a grassroots initiative, a collection of signatures began, which soon became international, involving countries like Switzerland, France, Canada, and the United States. In 1990, the 226 bishops of the Brazilian Episcopal Conference also signed a petition requesting the introduction of the cause to Pope John Paul II.

At the end of November 2017, the diocesan investigation conducted in 2016 into the healing of the Argentine girl with the serious condition of encephalopathy was concluded. Having reached the Roman phase, the case was discussed by the Medical Council which on 31 October 2019 unanimously established that it was a scientifically inexplicable recovery. On May 6, 2021, the Congress of Theologians also expressed its opinion positively and the “super miro” process ended on October 5, 2021, with the positive vote of the ordinary session of cardinals and bishops. Then, with the decree of October 13, 2021, the miracle was recognized and sanctioned by Pope Francis.

Although his was one of the shortest papacies in history, Pope John Paul I, fondly remembered as the “smiling Pope,” left a lasting impression on the Church. (Edited from Vatican News.va)