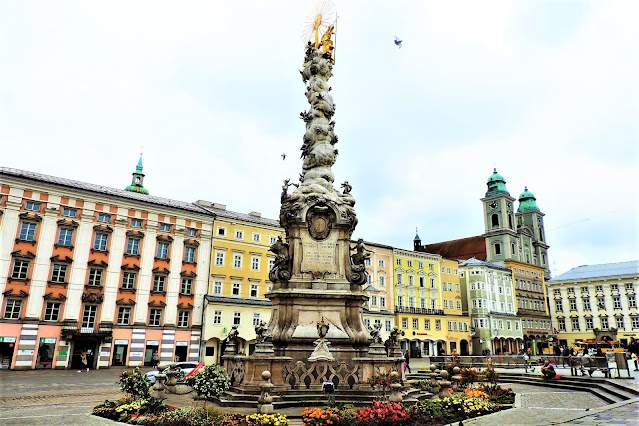 Thousands of people across Austria took part in more than 100 locations - The “Rosary Crusade” of Catholics is growing. 350 participants in “Austria prays” on the main square in Linz.
Prayers are ascending as people gather only through word of mouth, telegram and networking in Catholic media such as kath.net. The Rosary Crusade is already on its way and it is getting bigger every week. The reason for the prayer meeting is the corona situation in Austria.

In the previous week there were 70-100 prayers at the first meeting on Linz's main square, 1 week later there were now around 350 prayers, including many families with children, women religious, young people and the elderly. Despite the freezing cold, everyone gathered on Linz's main square near the famous Trinity Column. At the same time, the prayers of the rosary gathered in a hundred other Austrian squares. In Innsbruck there were 120-150 participants, in Vienna at St. Stephen's Cathedral a few hundred. In Salzburg, Graz and many other cities and villages, according to feedback from participants, there were a few dozen or often significantly more in each case.