Pope Francis Received in Audience the Leader of Andorra His Excellency Mr. Xavier Espot Zamora, the Country where a Bishop is Co-Prince - VIDEO 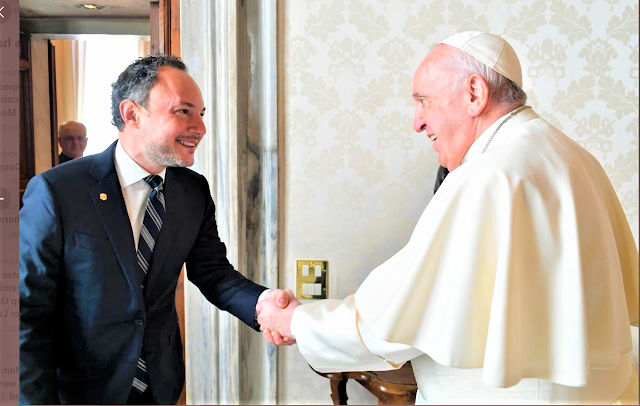 Andorra is a tiny country between the border between Spain and France with a population of about 77,000. The president of France and the bishop of Urgell, a Spanish diocese, act as co-princes of the state.
In the morning, on 13 December 2021, the Holy Father Francis received in audience, in the Vatican Apostolic Palace, the Head of the Government of the Principalith of Andorra, His Excellency Mr. Xavier Espot Zamora, who subsequently met with His Eminence Cardinal Pietro Parolin, Secretary of State, accompanied by His Excellency Archbishop Paul Richard Gallagher, Secretary for Relations with States. Mr. Xavier Espot Zamora gave the Pope a facsimile of a historical document from 1419 and a book written in 1748, both important in Andorra's history. He said, "and it also confirms our country's Christian roots."

During the cordial discussions which took place at the Secretariat of State, emphasis was placed on the excellent relations existing between the Principality and the Holy See, which are part of a long historical tradition of understanding and mutual support.

Attention then turned to important issues affecting Andorran society, including the phenomenon of migration.