President of Bishops' Conference in Australia Christmas Message "In Mary and Joseph we also see the power of hope in pushing beyond fatigue..." FULL TEXT 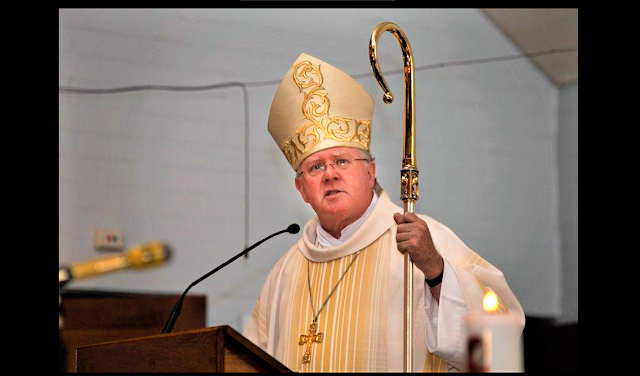 We’re all feeling a bit ragged at year’s end. December is the weariest time of the year, but this is more than normal end-of-year fatigue.

Many of us seem to be limping towards Christmas, eyeing off some time to rest in the company of family and friends.

After two years of lockdowns, restrictions, isolation and uncertainty, many Australians feel drained after living through a tense and anxious period in world history that we didn’t see coming. Being stuck inside, with the ordinary pleasures and releases of life replaced by restricted movement, video calls and endless scrolling through bad news, has left people feeling even wearier than usual.

According to Google, searches for the phrase “Why am I so tired?” have never been so popular in Australia.

Several health organisations have released results of research into how lockdowns and a global crisis contribute to fatigue and burnout. The Australian Psychological Society described lockdown fatigue as “a state of exhaustion caused by the long-term effects of COVID-19 and the changes it has caused to every aspect of your life”.

So this Christmas we shuffle towards 2022 a community of the collapsing and a federation of the fatigued.

But we’re not on our own, because our fatigue stands in a long tradition of Christmas weariness. The painting The Nativity by 19th-century American artist Garibaldi Melchers captures well the fatigue of the first Christmas. It shows a quiet and cold morning as an exhausted Mary sleeps sitting up and leaning against a vigilant Joseph, huddled under a cloak, deep concern etched on his forehead as he watches over the newborn child.

Forces beyond their control had sent them trekking roughly the distance from Sydney to Newcastle across rugged terrain, and now the couple arrive at Bethlehem with no place to stay and a baby ready to come at any minute.

Even the astonishing glow of Christmas night, lit by angels, shepherds and magi with their gifts, doesn’t ease the family’s difficulty as they huddle wearily together.

True, their circumstances were unique. But in this quiet moment in Melchers’ painting, before they head to Egypt to escape the murderous King Herod, they would have faced questions that we ask now.

How did we get here? Is it always going to be like this? How are we going to manage this?

The weary couple teach us a fair bit about how to endure the fatigue and anxiety that are our lot right now.

First, the little family shows us the power of being together when so much drives us apart. The scene beautifully depicts the Holy Family’s faithful love for each other and how, even in their fatigue, they still support each other.

For those who have been separated from family these last two years, one of the great pangs of the COVID restrictions has been a longing to lean on each other in person again. To share joy and sorrow with those who understand and love us is a beautiful, even essential, part of being human.

The scene also shows what family love looks like to those of us who have struggled being cooped up with family or who have suffered the pain of being estranged from family.

In Mary and Joseph we also see the power of hope in pushing beyond fatigue; and Melchers’ painting focuses on the reason for their hope, the newborn child shining in a small feed-box.

Through everything that Mary and Joseph endured – the shame of an unexpected pregnancy, the exhausting journey to Bethlehem, the flight into Egypt – they believed that they were bringing into the world the child who was God-with-us. They knew that God was pitching a tent among us.

Their hope is more than a wistful longing that everything will revert to normal or that it will all work out in the end. It’s the hope that, even amid all that drained them most, God is taking flesh in a way that would grow greater than anyone could imagine.

This is the hope that moves people to look beyond their troubles to offer love and service that can seem super-human, one exhausting self-sacrificing day at a time.

Melchers’ painting is a potent image of love and hope this Christmas. It looks weary and anxious, but it speaks of much more. It starts where we are at the end of this year and takes us further. The colours are sombre, but light is breaking in…

Mark Coleridge is the Catholic Archbishop of Brisbane and president of the Australian Catholic Bishops Conference.