1,500 Houses Destroyed by Fire after Violent Blaze at Catholic Refugee Camp in CAR 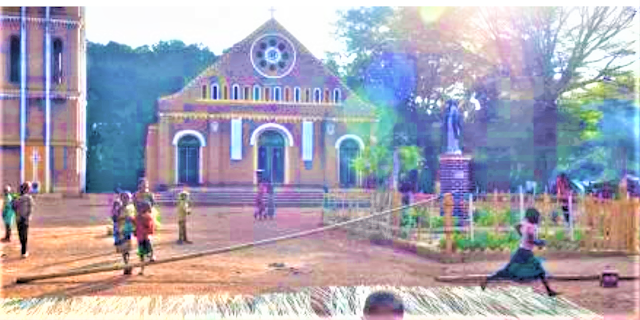 Accidental fire destroys refugee camp near the Cathedral of Alindao Thursday, 13 January 2022
Bangui (Agenzia Fides) - About 1,500 houses destroyed by flames and extensive material damage to other structures, about twenty people were hospitalized. This is the toll of the violent fire which devastated the refugee camp of the Catholic Church "Galileo" on January 11, in the center of Alindao, a city 500 km east of Bangui, the capital of the Central African Republic. Galileo is the largest IDP site in the city of Alindao, located inside the Cathedral of the Sacred Heart of Alindao. It currently houses displaced people from Basse-Kotto fleeing abuses by Ali Darass' UPC. 4,803 people have been left without shelter, in need of food, water and basic necessities, according to what Anita Cadonau, communications manager of the United Nations Office for Humanitarian Affairs in Central Africa (OCHA), told AFP. Authorities said the fire was accidental. The structure had suffered another fire on February 12, 2020 and was attacked several times by rebels (see Fides, 17/11/2018 and 3/12/2018).
Since the start of the civil war in 2013, hundreds of thousands of people have fled the fighting. At the start of 2022, according to the latest OCHA report, the Central African Republic had more than 670,000 internally displaced persons (IDPs) and 741,000 refugees in neighboring countries. (L.M.) (Agenzia Fides, 13/1/2022)