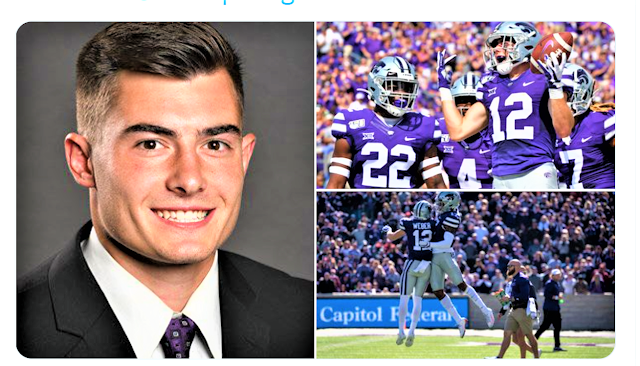 Football player, Landry Weber, a wide receiver for Kansas State University’s team, has decided to enter seminary. This will prepare him to  to be ordained a priest for the Archdiocese of Kansas City in Kansas, USA.

Throughout the 2021 season, Landry has hauled in seven receptions for 106 yards and a touchdown.

“It’s no surprise, I knew he had this in him since the day he stepped on campus,” Stanton said. “I knew he was doing everything he needed to do to get to this point, but we always say God’s got a plan that’s always better than ours, so I’m very interested to see how the rest of it plays out for him.” (https://www.kstatecollegian.com/2021/10/14/the-weber-way-how-kansas-states-family-mantra-rings-true-with-landry-weber/)

He received inspiration from attending his parish St. Isidore’s.

"Here at St. Isidore’s we are very proud of him, as we are all of the young men who enter the seminary. Please keep them all in your prayers as they journey along this path." (Facebook Page of St. Isidore's)

Weber plans to finish out his college football career before entering seminary.

I’ve never heard that line watching a football game before.