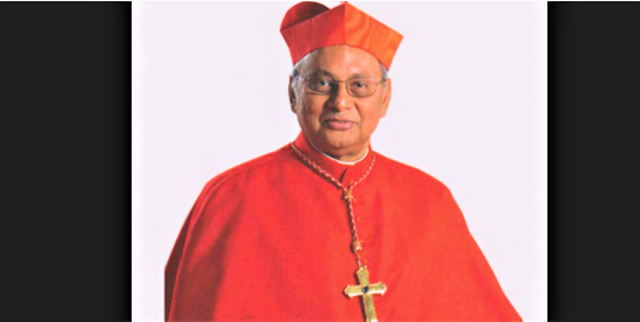 A grenade was found inside a Catholic church in Colombo, Sri Lanka, Asia. Cardinal Malcolm Ranjith called on the police to undertake a transparent inquiry; instead, they arrested the sacristan who found the device, refusing to view CCTV footage. Meanwhile, the Catholic Church held a national day of prayer today to mark a thousand days since the 2019 Easter Sunday attacks which killed 269 people in 3 churches and hotels.
The grenade was found in All-Saints Church in Borella (Colombo district), Card Malcolm Ranjith, Archbishop of Colombo, called on the police to launch a transparent inquiry.
“Our fathers told the officers to look at the CCTV footage from that morning, but the police replied that it was enough to watch the tape from the previous evening,” the prelate said at a press conference yesterday. “Instead of finding the truth, the police tried to fabricate a story. We reject this; so please don't lie,” he added.
Following the incident, the police took into custody four people employed for many years as support staff in the church, and eventually charged the sacristan with placing the grenade.
“I asked the parish priest to check the footage from the morning,” Card Ranjith said. “At 9.52 am, a man carrying a shopping bag was seen limping into the church. [. . .] When someone else walks by, he leaves the church walking normally.”
The archbishop goes on to explain that the sacristan found the grenade while he was cleaning the church and immediately notified the assistant and later the parish priest.
“What the police did was to arrest the man scared by the object he saw while sweeping [the floor] rather than find out who put it there.”
“We believe the police are trying to cover up the conspiracy behind this. Unless the truth is told, a police uniform makes no sense; in which case, take off your uniform and go home,” Card Ranjith said.
Meanwhile, the Catholic Church of Sri Lanka held a service today to mark a thousand days since the 2019 Easter Sunday attacks, centred on “Let My Cry come Before You O Lord”.
Organised by the Catholic Bishops' Conference of Sri Lanka, the national day of prayer began in Tewatte at 10 am with a rosary procession that ended at the shrine of the Basilica of Our Lady, attended by members of the clergy, lay people and the victims of the explosions in Katuwapitiya and Kochchikade.
Edited from Asia News IT