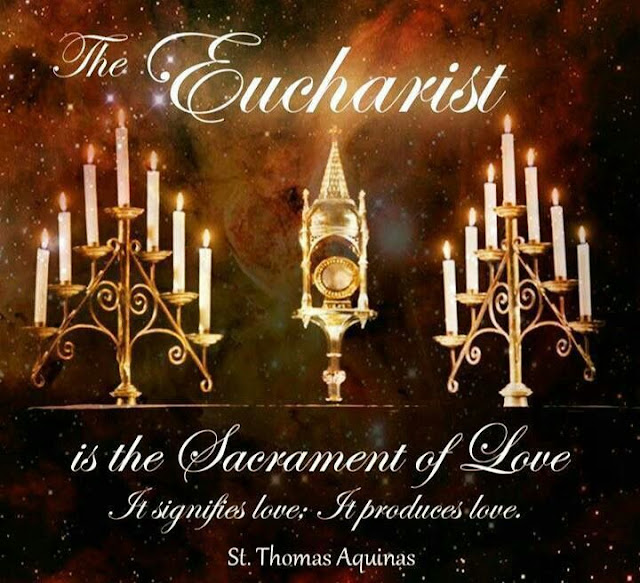 Memorial of Saint Thomas Aquinas, Priest and Doctor of the Church
Lectionary: 321
Reading I
2 Sm 11:1-4a, 5-10a, 13-17
At the turn of the year, when kings go out on campaign,
David sent out Joab along with his officers
and the army of Israel,
and they ravaged the Ammonites and besieged Rabbah.
David, however, remained in Jerusalem.
One evening David rose from his siesta
and strolled about on the roof of the palace.
From the roof he saw a woman bathing, who was very beautiful.
David had inquiries made about the woman and was told,
“She is Bathsheba, daughter of Eliam,
and wife of Joab’s armor bearer Uriah the Hittite.”
Then David sent messengers and took her.
When she came to him, he had relations with her.
She then returned to her house.

But the woman had conceived,
and sent the information to David, “I am with child.”
David therefore sent a message to Joab,
“Send me Uriah the Hittite.”
So Joab sent Uriah to David.
When he came, David questioned him about Joab, the soldiers,
and how the war was going, and Uriah answered that all was well.
David then said to Uriah, “Go down to your house and bathe your feet.”
Uriah left the palace,
and a portion was sent out after him from the king’s table.
But Uriah slept at the entrance of the royal palace
with the other officers of his lord, and did not go down
to his own house.
David was told that Uriah had not gone home.
On the day following, David summoned him,
and he ate and drank with David, who made him drunk.
But in the evening Uriah went out to sleep on his bed
among his lord’s servants, and did not go down to his home.
The next morning David wrote a letter to Joab
which he sent by Uriah.
In it he directed:
“Place Uriah up front, where the fighting is fierce.
Then pull back and leave him to be struck down dead.”
So while Joab was besieging the city, he assigned Uriah
to a place where he knew the defenders were strong.
When the men of the city made a sortie against Joab,
some officers of David’s army fell,
and among them Uriah the Hittite died.
Responsorial Psalm
51:3-4, 5-6a, 6bcd-7, 10-11
R.        (see 3a)  Be merciful, O Lord, for we have sinned.
Have mercy on me, O God, in your goodness;
in the greatness of your compassion wipe out my offense.
Thoroughly wash me from my guilt
and of my sin cleanse me.
R.        Be merciful, O Lord, for we have sinned.
For I acknowledge my offense,
and my sin is before me always:
“Against you only have I sinned,
and done what is evil in your sight.”
R.        Be merciful, O Lord, for we have sinned.
I have done such evil in your sight
that you are just in your sentence,
blameless when you condemn.
True, I was born guilty,
a sinner, even as my mother conceived me.
R.        Be merciful, O Lord, for we have sinned.
Let me hear the sounds of joy and gladness;
the bones you have crushed shall rejoice.
Turn away your face from my sins,
and blot out all my guilt.
R.        Be merciful, O Lord, for we have sinned.
Alleluia
See Mt 11:25
R. Alleluia, alleluia.
Blessed are you, Father, Lord of heaven and earth;
you have revealed to little ones the mysteries of the Kingdom.
R. Alleluia, alleluia.
Gospel
Mk 4:26-34
Jesus said to the crowds:
“This is how it is with the Kingdom of God;
it is as if a man were to scatter seed on the land
and would sleep and rise night and day
and the seed would sprout and grow,
he knows not how.
Of its own accord the land yields fruit,
first the blade, then the ear, then the full grain in the ear.
And when the grain is ripe, he wields the sickle at once,
for the harvest has come.”
He said,
“To what shall we compare the Kingdom of God,
or what parable can we use for it?
It is like a mustard seed that, when it is sown in the ground,
is the smallest of all the seeds on the earth.
But once it is sown, it springs up and becomes the largest of plants
and puts forth large branches,
so that the birds of the sky can dwell in its shade.”
With many such parables
he spoke the word to them as they were able to understand it.
Without parables he did not speak to them,
but to his own disciples he explained everything in private.
Prayer to Make a Spiritual Communion-People who cannot communicate now make spiritual communionAt your feet, O my Jesus I bow down and offer you the repentance of my contrite heart, which abysses itself into its nothingness and Your holy presence. I adore you in the Sacrament of Your love, the ineffable Eucharist. I wish to receive you in the poor home that my heart offers you. In anticipation of the happiness of sacramental communion, I want to possess you in spirit. Come to me, oh my Jesus, that I may come to you. May Your love inflame my whole being, for life and death. I believe in you, I hope in you, I love you. So be it. Amen