Saint January 11 : St. Theodosius the Cenobiarch an Abbot and Founder who lived in a Cave to Fast and Pray 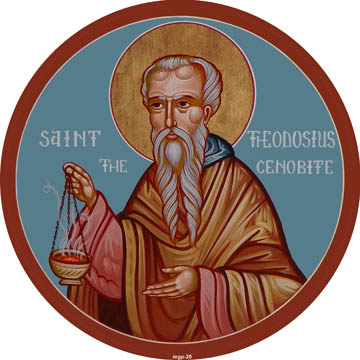