Wow LISTEN to the Traditional "We Three Kings" of Rev. John Hopkins, Jr. Sung by a Magnificent Choir! 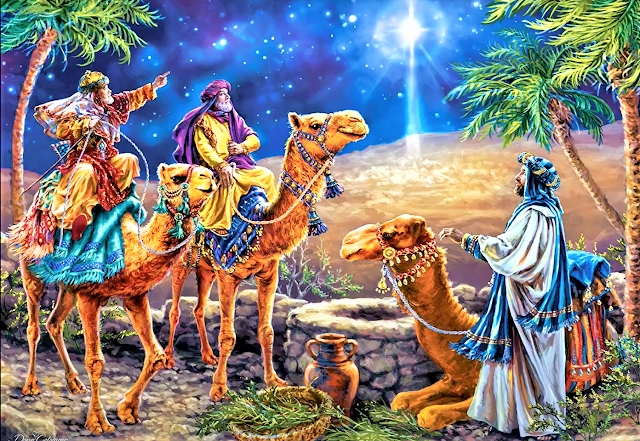 "We Three Kings", also known as "We Three Kings of Orient Are" or "The Quest of the Magi", is a Christmas carol written by Reverend John Henry Hopkins, Jr. Hopkins lived from 1820 to 1891 and was born in Pittsburgh, PA, having 12 siblings, the son of pioneer parents (his father from Dublin, his mother from Hamburg) he became an ecclesiologist. His father had been an ironmaster, school teacher, lawyer, priest and second Episcopal Bishop of Vermont, (becoming presiding bishop in 1865). Hopkins wrote both the lyrics and the music as part of a Christmas pageant for the General Theological Seminary in New York City. It is suggested to have been written in 1857 but did not appear in print until his Carols, Hymns and Song in 1863. Hopkins composed the song in Williamsport, Pennsylvania, where he was a pastor at Christ Episcopal Church (which still stands at the corner of Fourth and Mulberry Streets). Ensemble: The Mormon Tabernacle Choir Period: 19th Century Written: 1857; USA (FULL Lyrics below the Video)
Lyrics:

1 We three kings of Orient are;

bearing gifts we traverse afar,
field and fountain, moor and

2 Born a King on Bethlehem's plain,
gold I bring to crown him again,
King forever, ceasing never,
over us all to reign. [Refrain]

3 Frankincense to offer have I;
incense owns a Deity nigh;
prayer and praising, voices raising,
worshiping God on high. [Refrain]