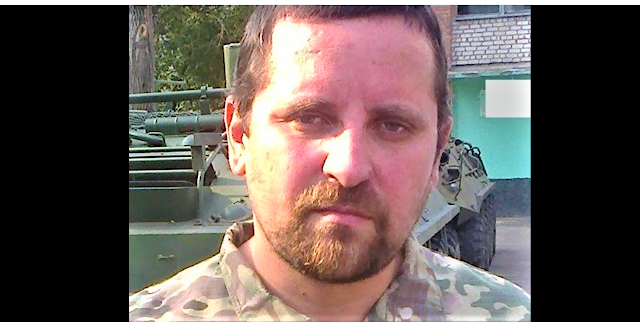 On February 27, in the Kiev region, Russian invaders shot the chaplain of the Orthodox Church of Ukraine Maxim Kozachyna.
Religious scholar Andrey Smirnov wrote about this on his Facebook page.
“Eternal memory to him!
SEE 5:24 Mark on Video Below:
UPDATE : He was returning to his family, his wife and two young daughters (Orthodox priests are permitted to be married). The Orthodox priest was killed right in the middle of the road, when he had only a cross and an icon in his hands. For three days the body could not be taken away... according to Markiyan Lopachak. (https://vgolos.ua/news/moskovski-orki-vbili-ukrayinskogo-svyashchennika-kapelana-maksima-kozachinu_1416137.html)
Kozachina Maxim Anatolyevich was born in 1979 in Novomoskovsk, Dnepropetrovsk region.
In 1996 he graduated from a secondary school and entered the Kiev Theological Seminary of the UOC-KP, from which he graduated in 2000.
Since 2000, Rector of the Parish of the Nativity of the Most Holy Theotokos. Rozvazhiv, Ivankovsky district, Kiev region,” the message says.
The occupiers shot the OCU priest in a car at the exit from the village. The body was not allowed to be removed.
In the Kiev region, the invaders shot the priest-chaplain of the OCU
Eternal memory of the hero!
(Sources: https://www.facebook.com/permalink.php?story_fbid=10161578624643146&id=825148145
https://risu.ua/ru/v-kievskoj-oblasti-okkupanty-rasstrelyali-svyashchennika-kapellana-pcu_n126540

Unknown said…
O my loving God, give eternal rest with You in Heaven unto your loving priest Maxim Anatolyev.
February 28, 2022 at 3:16 PM

Margaret Samuel said…
I live halfway around the world in the Caribbean, but my people are praying for the people of Ukraine every day. May God give you all the strength to cope, and may this beautiful servant of God who was shot so brutally rest in peace now. 🙏
March 1, 2022 at 4:53 AM

Anonymous said…
Rest in Peace, dear Father Maxim. You are
now among the angels who can help Ukraine in any way to fight the enemies🙏❤
March 2, 2022 at 4:11 PM