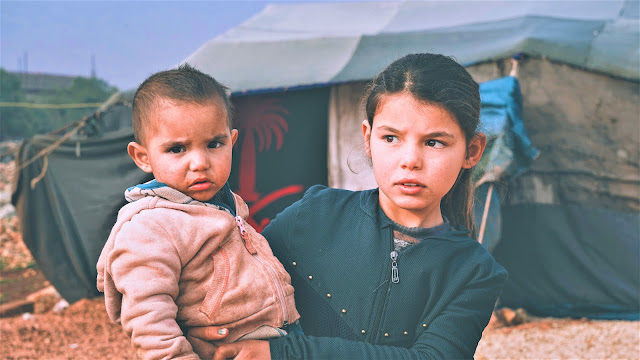 On February 13, 2022, after  Judicial Watch and Catholic Vote Sued Homeland Security and HHS for Communications with Catholic Charities Related to Illegal Immigration, Catholic Charities USA issued the following statement about the work of its member agencies with migrants to the U.S.

The Catholic Church has been ministering to the poor for 2,000 years and Catholic Charities, the U.S. humanitarian arm of the Church, has been caring for our vulnerable sisters and brothers since 1910. In collaboration with every administration since our founding a century ago, we are on the ground doing what they can’t — caring for those who are homeless, hungry, disaster-stricken, out-of-work and suffering. Our work is humanitarian, not political, and we proudly serve both citizens and migrants in our country.

Last year, the CCUSA network provided help and created hope for over 15 million people. Many of the people coming to Catholic Charities agencies are homeless, in search of shelter, in need of basic services, including rental assistance, or looking for an affordable place to live. In 2020, the Catholic Charities network helped almost 180,000 people access stable and affordable housing, provided homeless-related services to over 403,000 individuals, and operated over 37,000 units of permanent housing.

This lawsuit was filed in the United States District Court for the District of Columbia after both the U.S. Customs and Border Patrol and HHS each failed to respond to FOIA requests on September 1, 2021.

The first FOIA request is for:

All communications between the U.S. Customs and Border Patrol and any of the following:

Bishop Daniel E. Flores in his capacity as Bishop of the Diocese of Brownsville, Texas;

Sister Norma Pimentel in her capacity as the Executive Director of CCRGV; or

The second FOIA request is for:

All communications between the U.S. Customs and Border Patrol and the U.S. Conference of Catholic Bishops regarding any of the following:

2.     Sister Norma Pimentel in her capacity as the Executive Director of CCRGV; or

Sister Pimentel, in a February 3 interview, acknowledged her charity is reimbursed with tax dollars to buy “very few” plane and bus tickets for illegal aliens to move throughout the United States.

In July 2021, a Texas Police Officer encountered a COVID-positive illegal immigrant family at a fast food restaurant near the border who had been released by Border Patrol. The family told the officer that Catholic Charities of the Rio Grande Valley, “had booked all the rooms in the hotel to house undocumented immigrants detained by Border Patrol.”

On July 28, 2021, Texas Governor Greg Abbott issued an executive order halting the transportation of illegal immigrants by any person other than, “a federal, state or local law-enforcement official.”

“The Biden administration has refused to provide copies of communications between Catholic-affiliated charities and organizations at the border. Their lack of transparency and obstruction forced us to file these federal lawsuits. American Catholics deserve to know the full extent of the U.S. government’s role in funding and coordinating with Catholic church affiliated agencies at the border, and what role these agencies played in the record surge of illegal immigrants over the past year. We will do whatever is necessary to uncover the truth,” said Brian Burch, president of CatholicVote.

“Americans have the right to know how the Biden administration is using tax dollars to conspire with ‘charities’ and release illegal immigrants into their communities,” said Judicial Watch President Tom Fitton.