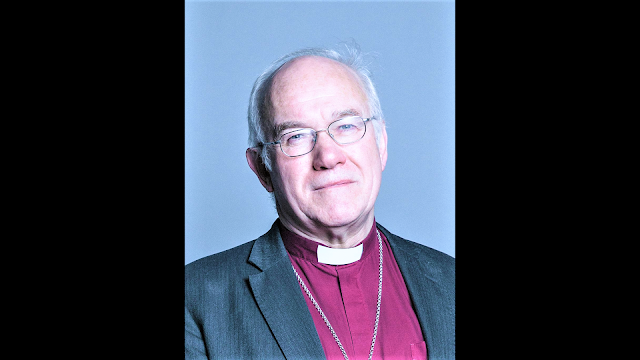 Peter Robert Forster, a former Anglican Bishop has been received into full Communion with the Roman Catholic Church in 2021.
According to Church Times he now lives in Scotland; where he was received.
He was born on the 16th of March 1950. He was the Bishop of Chester in the Church of England and a Lord Spiritual (member of the House of Lords). Forster was born in Solihull, England. He studied at Merton College, Oxford, where he graduated with a Bachelor of Arts (BA) in chemistry, promoted to Oxford Master of Arts (MA Oxon) in 1973. At the University of Edinburgh, he graduated as a Bachelor of Divinity (BD) in theology in 1977 and as a Doctor of Philosophy in 1985.
Ordained ministry He was ordained a deacon at Petertide 1980 (on 29 June)and a priest the next Petertide (12 July 1981), both times by David Sheppard, Bishop of Liverpool, at Liverpool Cathedral. In 1996, Forster was appointed the 40th Bishop of Chester. He was consecrated a bishop on 13 November 1996. He was enthroned on 11 January 1997 and in 2001 took his seat as a Lord Spiritual in the House of Lords.
In 2000 Forster represented the Church of England at the world-wide synod of Roman Catholic bishops, held in Rome in the month of October. From 2001 to 2010 he was a member of the English Anglican-Roman Catholic Committee. During his years as a member of the House of Lords, 2001 - 2019, Forster initiated major debates on marriage, children and family life, and on the impact of pornography on society. In Forster retired on the 30th of September 2019. Forster was received into the Roman Catholic Church in 2021. Forster married Elisabeth Anne Stevenson in 1978, and they have four children. His brother-in-law, Kenneth Stevenson, was also a bishop.
Sources: https://web.archive.org/web/20170714064220/https://www.chester.anglican.org/diocese/bishops/
https://www.churchtimes.co.uk/articles/2022/4-february/news/uk/former-bishop-of-chester-received-into-roman-catholic-church
https://en.wikipedia.org/wiki/Peter_Forster