Saint February 24 : Blessed Luca Belludi a Franciscan Friar Converted by St. Anthony who had the Gift of Miracles 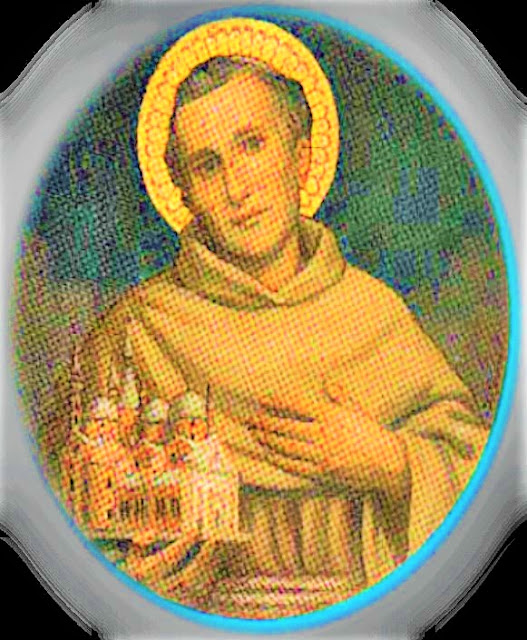 In 1220, Saint Anthony was preaching conversion to the inhabitants of Padua when a young nobleman, Luke Belludi, came up to him and humbly asked to receive the habit of the followers of Saint Francis. Anthony liked the talented, well-educated Luke and personally recommended him to Francis, who then received him into the Franciscan Order. 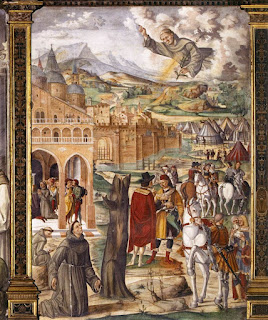 Luke, then only 20, was to be Anthony’s companion in his travels and in his preaching, tending to him in his last days and taking Anthony’s place upon his death.
He was appointed guardian of the Friars Minor in the city of Padua. In 1239, the city fell into the hands of its enemies. Nobles were put to death, the mayor and council were banished, the great university of Padua gradually closed and the church dedicated to Saint Anthony was left unfinished. Luke himself was expelled from the city but secretly returned.
At night he and the new guardian would visit the tomb of Saint Anthony in the unfinished shrine to pray for his help. One night a voice came from the tomb assuring them that the city would soon be delivered from its evil tyrant.
After the fulfillment of the prophetic message, Luke was elected provincial minister and furthered the completion of the great basilica in honor of Anthony, his teacher. He founded many convents of the order and had, as Anthony, the gift of miracles. Upon his death he was laid to rest in the basilica that he had helped finish and has had a continual veneration up to the present time.
Source: Franciscanmedia.org
Prayer: My Dear Savior, Saint Luke Belludi traveled with Saint Anthony of Padua and assisted him in ministry.  He also took care of his friend when the latter was dying.  I ask him to intercede for all those of my family and friends and community who are in need of or will someday need special  care.  Bless the children, those in nursing homes, the homebound, and the sick in hospitals.  Instill in me a willing and generous heart to give them my time when it’s needed.  Teach me to serve them with the same devotion as Saint Luke had for Saint Anthony.  Help me to be the visible expression of Your love.  Saint Luke Belludi, pray for me.  Amen.
Prayer Source: gogoodnews.net
Image : Wikipedia and Anastpaul