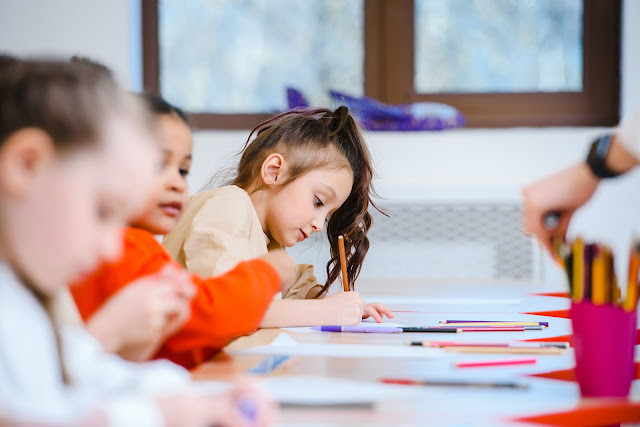 U.S. Bishops’ Education Chairman Expresses Gratitude to Catholic Schools and Applauds Bipartisan Legislation Honoring Catholic Schools
WASHINGTON – In observance of the annual National Catholic Schools Week celebration, which concluded on February 5, Bishop Thomas A. Daly of Spokane, chairman of the U.S. Conference of Catholic Bishops’ Committee on Catholic Education expressed gratitude to Catholic educators for their work in forming students in the Catholic faith:
“Catholic schools provide the nation with a model of education and formation that begins with a deep and full understanding of the nature of the human person, and sees as its end the flourishing, and ultimately, the salvation of each person. Catholic schools form students in humility, wisdom, and virtue so that they may recognize and love what is true, good, and beautiful.
This becomes the foundation for a life ordered to service of God and others, a freedom in Christ that the world alone cannot provide,” he said. “We recognize the primacy of parents in the education of their children and seek to incorporate families ever more deeply into the life of the school and the Church. On this occasion of Catholic Schools Week 2022, I offer my sincere gratitude to all our Catholic school leaders and staff, with assurances of my prayers for them and for the critical mission they serve.”

Bishop Daly also applauded Congress for their recognition of the impact of Catholic education. Bipartisan resolutions supporting the contributions of Catholic schools and the goals of National Catholic Schools Week were introduced by Senators Pat Toomey (R-PA), Bob Casey (D-PA) in the U.S. Senate, and Representatives Darin LaHood (R-IL18) and Richard Neal (D-MA1) in the House of Representatives.

Bishop Daly continued, “Catholic social teaching instills a love of community and country with graduates contributing to civil society at all levels, most notably among our nation’s leaders, including at the highest levels of government and public service. I am grateful for the esteemed recognition given by our lawmakers to the students at Catholic schools, their families, and to the dedicated educators who devote themselves to the Church’s education ministry, and to the local communities that support our Catholic schools.”

The bipartisan resolution in the House and Senate, highlights the following:

According to the National Catholic Educational Association (NCEA), Catholic school student enrollment for the school year 2020-21 is almost 1,650,000 in over 6,000 schools including 21.4 percent of students from racial minority backgrounds, 18.6 percent from Hispanic heritage, and 20.1 percent from non-Catholic families. Unfortunately, the COVID-19 pandemic has had a devastating impact on Catholic schools, and over 200 schools have permanently closed in 2020, and 71 schools permanently closed in 2021.

The full text of the House Resolution is available here.