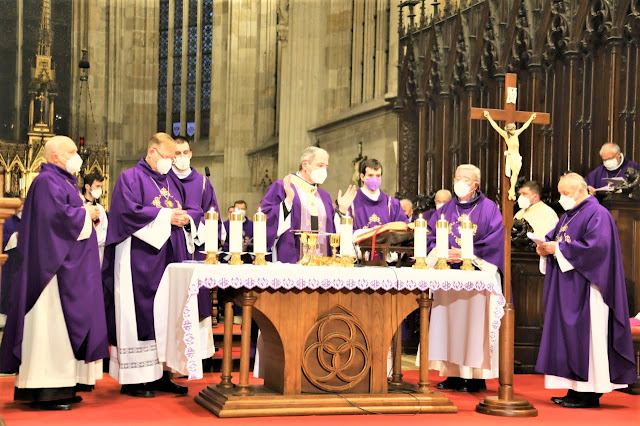 COMECE Release: Consecration and entrustment of Russia and Ukraine to the Immaculate Heart of Mary.
European bishops accept Pope Francis' invitation
From Bratislava, where the third edition of the European Catholic Social Days is taking place, we joyfully welcome Pope Francis' invitation to bishops around the world and their priests to
join him in praying for peace and in consecrating and entrusting Russia and Ukraine to the Immaculate Heart of Mary.
We pray daily for peace, in Ukraine and throughout the world, and we ask God for mercy.
We pray to the Lord, who on this earth endured his passion, suffered death and rose again to life, to grant eternal rest to all those who lost their lives in the war. May He comfort their families, protect those whose lives are at risk and those who are fleeing violence. May he fill
with abundant blessings all those who have shown solidarity with the affected and the vulnerable.
With a broken heart, we listen to the voices of those who suffer from the madness of war, whose tragic consequences are before our eyes. At the same time, we are touched by the solidarity of a large number of families and individuals who offer shelter and assistance to
those in need of protection. We appeal to national and European institutions to adequately support these efforts.
The European bishops join Pope Francis in his urgent appeal: to silence all weapons, "war is a failure of politics and of humanity, a shameful capitulation, a stinging defeat before the forces
of evil. Let us not remain mired in theoretical discussions but touch the wounded flesh of the victims." (Fratelli tutti, 261).
Exactly one century ago, when a pandemic strangled the world, two horrific world wars were unleashed. May history not repeat itself! Echoing the Holy See's constant appeals - "it is never
too late to negotiate" - we pray and urge a return to negotiations for a peaceful solution. Lent for Christians is a time of repentance and conversion. This is a time to change course, to
heal the world. It is a time to finally abandon the logic of the enemy who seeks confrontation, and to embark instead on a path toward human fraternity.
H. Em. Card. Jean-Claude Hollerich S.J.
Archbishop of Luxembourg, COMECE President
H.E. Msgr. Gintaras Grušas
Archbishop of Vilnius, CCEE President
H.E. Msgr. Stanislav Zvolenský
Archbishop of Bratislava, President of the Slovak Bishops Conference
COMECE Press Release