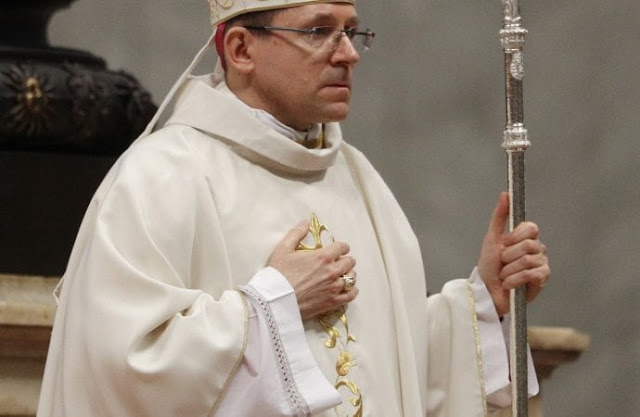 A statement issued by the Holy See Press Office notes how the Nuncio to Nicaragua, Archbishop Waldemar Stanislaw Sommertag, carried out his mission there "with deep dedication for the good of the Church and the Nicaraguan people."

Last Monday, the Apostolic Nunciature in Nicaragua reported that Waldemar Stanislaw Sommertag was " absent from the country " and that the secretary, Monsignor Marcel Mbaye Diouf , was in charge of that diplomatic mission. Nuncio Sommertag, together with former Uruguayan Defense Minister Luis Ángel Rosadilla, participated as witnesses and companions on behalf of the Vatican and the General Secretariat of the Organization of American States (OAS), respectively, at a negotiating table between the Executive Ortega and the opposition Civic Alliance for Justice and Democracy. The Ortega regime closed on July 30, 2019 the negotiating table that it maintained with the Civic Alliance to seek a way out of the crisis that the country has been experiencing since April 2018, despite the call of the OAS, the European Union , of the Nicaraguan bishops, of the Army and other sectors. Ortega, who was re-elected in the November elections amid questions of legitimacy and with his main rivals in prison, began his campaign on October 4 by calling the Nicaraguan bishops who acted as mediators of the first national dialogue with the Nicaraguan bishops "terrorists." which also sought a peaceful solution to the crisis in the country.

Vatican News reports that the Holy See expressed great surprise and regret at the communication received from the government of Nicaragua, which has decided to withdraw the approval of Archbishop Waldemar Stanislaw Sommertag, Apostolic Nuncio in Managua since 2018, that requires him to leave the country immediately after the notification of the measure. A statement released by the Holy See Press Office notes that "Such a measure seems incomprehensible because in the course of his mission Archbishop Sommertag worked with profound dedication for the good of the Church and the Nicaraguan people, especially the most vulnerable, always seeking to foster good relations between the Apostolic See and the authorities of Nicaragua."

The statement recalled "his participation as a witness and accompanying the national dialogue between the government and the political opposition, with a view to reconciliation in the country and the release of political prisoners." In conclusion, the statement notes, that "While the Holy See is convinced that such a grave and unjustified unilateral measure does not reflect the feelings of the deeply Christian people of Nicaragua, it wishes to reaffirm its full confidence in the papal representative."