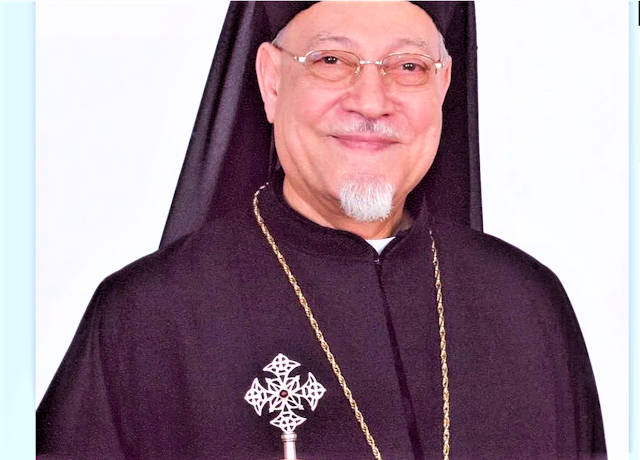 Egyptian Cardinal Antonios Naguib, Patriarch Emeritus of the Coptic Catholic Church, has died on March 28th, 2022 at the age of 87.  The Cardinal died at the Italian Hospital in Cairo, where he was in the intensive care unit. The Coptic Catholic Church is an ecclesial community to which approximately 250,000 baptized belong. Notably he contributed with a group of Coptic Orthodox and Protestant theologians to the preparation of an Arabic translation of the Bible.

Patriarch of Alexandria of the Copts,

In hearing the news of the death of his Beatitude, Cardinal Antonios Naguib, Patriarch Emeritus of Alexandria of the Copts, I wish to express my condolences to your Beatitude, to the priests, to the family of the late cardinal and to all the faithful, assuring you of closeness in prayer and in pain, which affected the entire patriarchal church. I remember this dear brother, who took veritas-caritas as the motto of his episcopate, for his faith and for the priestly zeal that led him to pay attention to the formation of priests, and made it his first priority. I think of his generous commitment in the field of development and social service, he founded a group of apostolate dedicated to the service of the needy and the suffering. and he was the example of the good shepherd in the church. he was general relator at the special assembly for the Middle East of the synod of bishops. I therefore raise my prayers to god and ask him, through the intercession of our lady, the virgin mary, to welcome his faithful servant with the angels and saints into the heavenly Jerusalem. I pray with you, I give you my blessing and I ask you to pray for me.

H. B. Antonios Naguib, Patriarch emeritus of Alexandria of the Copts, was born on 18 March 1935 in Minya, Egypt. At the age of nine he entered the minor seminary, and continued his studies at the major seminary, first at Tanta and then at Maadi, outside Cairo. In 1955, he was sent to Rome to study a the Pontifical Urbaniana University. He was ordained a priest on 30 October 1960 in Minya.

On 26 July 1977 he was elected bishop of Minya and was ordained on 9 September 1977. Committed to the ideals of religious formation, he introduced many reforms and opened new schools for religious education.

In 2002, for health reasons, he took a pause from his pastoral activities until 30 March 2006 when he was elected Patriarch of Alexandria of the Copts.

On 18 March 2010 he presented his resignation from the office of Patriarch but the assembly unanimously asked him to continue despite having reached the age of retirement.

He was nominated Relator General of the Special Assembly for the Middle East of the Synod of Bishops (10-24 October 2010), "The Catholic Church in the Middle East: Communion and Witness. ‘Now the company of those who believed were of one heart and soul’ (Acts 4:32)."

Patriarch emeritus of Alexandria of the Copts, 15 January 2013.

Created and proclaimed Cardinal by Benedict XVI in the consistory of 20 November 2010.