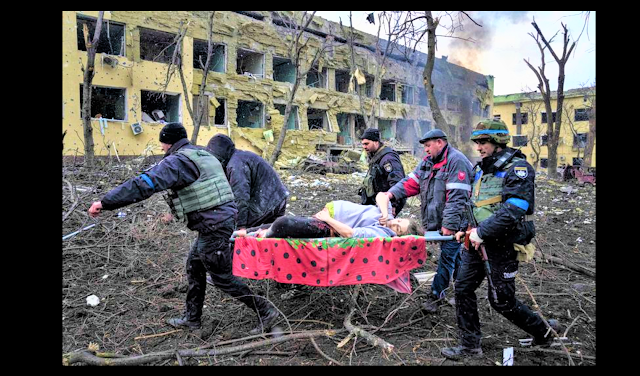 On Wednesday, March 9th, 2022, 3 people including a child were killed in a Russian strike on a maternity and children's hospital in the city of Mariupol, as noted by BBC. Ukraine's President Volodymyr Zelensky said people were trapped under the rubble, and he called the attack a war crime. Footage apparently from inside the hospital, shows it to be badly damaged.  17 people were also injured, this includes staff and patients. Pope Francis' Vatican Secretary of State Cardinal Parolin says "I say bombing a hospital is unacceptable. There are no reasons, there are no motivations, to do this." He said this to journalists when asked at a conference in Rome about the bombing.

"The first version that was given for this war was that it was a military operation aimed only at destroying military installations in Ukraine in order to guarantee the security of Russia. Bombing a hospital for children, a paediatric hospital, has nothing to do with this purpose," Parolin said.
"I am very worried, first of all by what is happening, because it has become an all-out war," Parolin said on Wednesday. He had previously phone the Russian Foreign Minister Sergei Lavrov for more than 30 minutes. However, Card. Parolin said Lavrov "did not give me any guarantees".
Quotes from Card. Parolin:https://www.reuters.com/world/europe/top-vatican-official-says-reported-bombing-childrens-hospital-ukraine-2022-03-09/
Image Source: https://www.facebook.com/NGUmainpage - Screenshot