US Senator Urges Department of Justice to Stop Anti-Catholic Crime "...so that the tens of millions of Catholics in our country can continue to practice their faith safely,” FULL TEXT 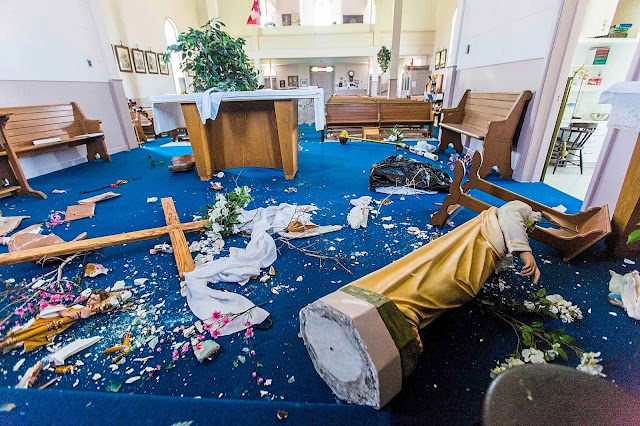 Senator Kennedy urges Garland to crack down on anti-Catholic crime

Anti-Catholic vandals and arsonists have attacked Catholic sites in Louisiana and nationwide.

The Department of Justice must crack down on this violence against houses of worship.
https://t.co/RFf5ra52zI

“In August 2020, I wrote a letter to the Department of Justice (DOJ) expressing alarm over the violence in the United States aimed at Catholics and their institutions and property. In that correspondence, I highlighted examples of the senseless acts of destruction that had taken place: For example, rioters attacked a bookstore run by nuns, vandals demolished reverent statues, and arsonists set churches on fire. In one case, criminals targeted a church while worshipers were still inside. I concluded by asking that the department, which you now head, act swiftly and carefully to bring an end to these heinous crimes,” Kennedy wrote.

Kennedy pointed out that the DOJ never responded to that letter and that violence against Catholicism has continued largely unchecked.

“Data compiled by the United States Conference of Catholic Bishops shows that almost 80 additional attacks have occurred in America since August 2020. While arson still seems to be a popular offense, graffiti and the beheading of holy statues have also become crimes of choice. . . . In my state of Louisiana, a delinquent broke the heads off statues of Jesus and the Virgin Mary and threw planters and statues at the church’s stained-glass windows,” continued Kennedy.

“The First Amendment to the U.S. Constitution guarantees freedom of religion. Yet during the COVID-19 pandemic, people of faith experienced significant interference with the practice of their religion. If the government continues to let these crimes go unpunished, it will further inhibit the people’s practice and enjoyment of their fundamental, constitutional right. Thus, I again ask that the DOJ increase efforts to identify and prosecute criminals targeting Catholic people and property so that the tens of millions of Catholics in our country can continue to practice their faith safely,” Kennedy concluded.

The letter is available here.