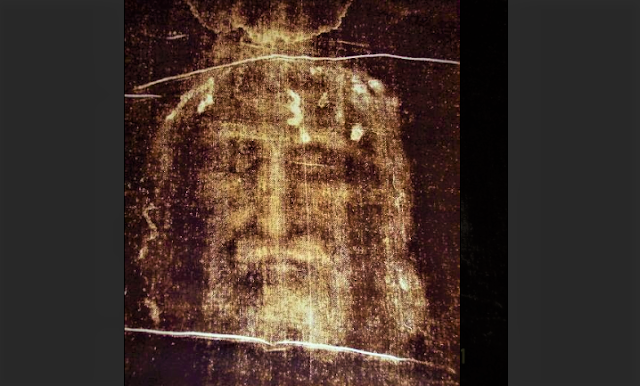 The Turin Shroud, which bears the image of Christ from his burial, is the most-studied archaeological object in the world.
Scientist, Liberato De Caro, of Italy’s Institute of Crystallography of the National Research Council in Bari, has applied a new dating technique to the Shroud which shows it is from the period of Jesus' death.
The Shroud, according to science testing, is an ancient linen cloth, 4.4 m long and 1.1 m wide, which wrapped the corpse and encoded the image of a tortured man, who was scourged, crowned with thorns, crucified, and pierced by a spear in the chest. In agreement with the Christian tradition, many
researchers are convinced that the Shroud is the sepulchral cloth of Jesus Christ; however, in 1988, the Shroud was radiocarbon dated by three famous laboratories  and falsely attributed to the year 1325 AD, with an uncertainty of ±65 years, implying that the Shroud is a Medieval artifact. This result has been widely criticized for both
procedural and statistical problems, as was recently confirmed by the statistical analyses of raw data made available to the scientific community after only about thirty years and a legal action.
Other dating methods agree in the assignment of the Shroud to the first century AD.
A new method for dating ancient linen threads by inspecting their structural degradation by means of Wide-Angle X-ray Scattering (WAXS)  was recently applied to small linen samples taken from ancient fabrics, previously dated with the radiocarbon method.
Our work showed that when the ancient fabrics are preserved by environmental contamination—i.e., when they were kept in the tombs where they were found—X-ray and 14C dating agree well.
The aim of this work is to apply this new dating method for ancient linen fabrics to a TS linen sample.
The X-ray dating method was applied to a sample of the Shroud consisting of a thread taken in proximity
of the 1988/radiocarbon area, the analogous measurements obtained on a linen sample whose dating, according to historical records,
is 55–74 AD, Siege of Masada (Israel). The degree of natural aging of the cellulose that constitutes the linen of the investigated sample, obtained by X-ray analysis, showed that the Shroud fabric is much
older than the seven centuries proposed by the 1988 radiocarbon dating. The experimental results are compatible with the hypothesis that the Shroud is a 2000-year-old relic, as supposed by Christian tradition,
under the condition that it was kept at suitable levels of average secular temperature—20.0–22.5 ◦C—and correlated relative humidity—75–55%—for 13 centuries of unknown history, in addition to the
seven centuries of known history in Europe.
Sources: https://www.lalucedimaria.it/ultimo-studio-sulla-sindone-quello-che-scoprono-ribalta-i-risultati-precedenti/ https://www.mdpi.com/journal/heritage