Pope Francis Joins UN and Ukraine Major Archbishop in Appeal for Peace in Ukraine at Easter on April 24th, According to the Julian Calendar 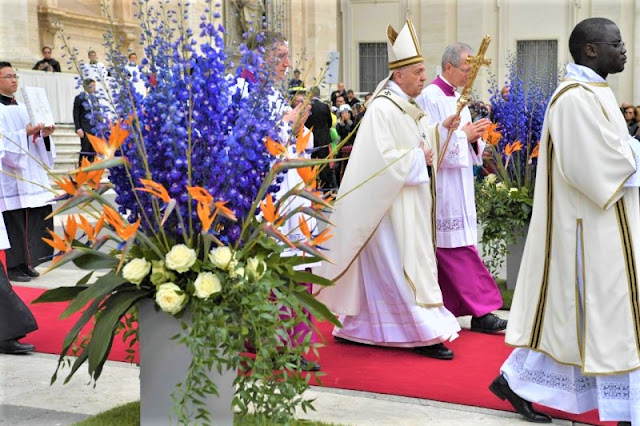 Pope Francis and the Holy See join the UN request for a "ceasefire" on the occasion of the celebration of Easter according to the Julian calendar, on 24 April.  "Nothing is impossible for God,"  are the words contained in a Vatican communiqué, which states that the Holy See and the Pope join the UN appeal for a truce in view of Easter, which, according to the Julian calendar, is celebrated on 24 April next. The request was promoted by the Secretary-General of the United Nations, Antonio Guterres, in agreement with His Beatitude Sviatoslav Shevchuk, head of the Ukrainian Greek Catholic Church, and was launched on 19 April. (Vatican News excerpt)

Speaking to journalists in front of the UN Headquarters in New York on Tuesday, Antonio Guterres noted that “Instead of a celebration of new life, this Easter coincides with a Russian offensive in eastern Ukraine”.

Today, the UN Chief continued “I am calling for a four-day, Holy Week humanitarian pause, beginning on Holy Thursday and running through Easter Sunday, April 24, to allow for the opening of a series of humanitarian corridors.”  (Vatican News excerpt)

I am calling for an Orthodox Holy Week humanitarian pause to the war in Ukraine.

I urge all parties – and all champions of peace around the world -- to join my Easter appeal.

Stop the bloodshed and destruction.

Last Palm Sunday Pope Francis had asked for an Easter truce, to achieve peace. The Holy See and the Holy Father join in the appeal that Mr. Antonio Guterres, UN Secretary General, in agreement with His Beatitude Sviatoslav Shevchuk, Head of the Ukrainian Greek-Catholic Church, launched on April 19, for a truce on the occasion of the celebration of Easter according to the Julian calendar, on April 24th.

In the awareness that nothing is impossible for God, they invoke the Lord so that the population trapped in war zones be evacuated and peace be restored quickly, and they ask those who have the responsibility of nations to listen to the cry for peace of the people.