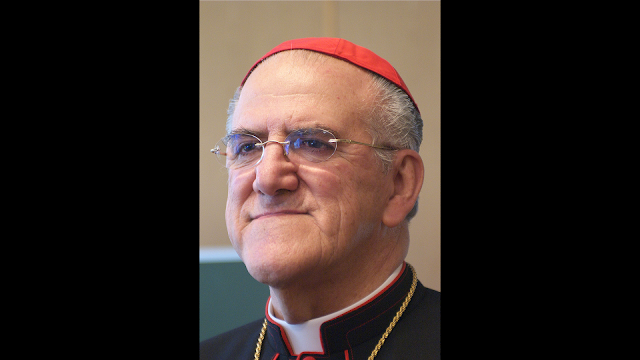 Pope Francis sent a telegram expressing his condolences upon the death of Cardinal Javier Lozano Barragán, who passed away at the age of 89 on Wednesday.
Cardinal Javier Lozano Barragán, Archbishop-Bishop emeritus of Zacatecas (Mexico) passed away in Rome in the early hours of Wednesday, 20 April, at the age of 89.
Telegram of Pope Francis:
“His Most Reverended Excellence
Mons. Javier Navarro Rodríguez
Bishop of Zamora upon receiving the news of the death of Cardinal Javier Lozano Barragán, president emerit of the pontifical council for pastoral health, I express my feelings of regret to his excellence, the clergy, consecrated and lay faithful of this particular church, as well as the nephews and other family members of the deceased and to the churches of Mexico and Zacatecas in which he served as pastor. also, remembering this self-service prelate who honored me with his friendship since 1980, and who faithfully gave his life for years in the service of god and the universal church, I offer suffrage for the eternal rest of his soul, so that the Lord Jesus ​​grant you the crown of glory that does not wither. and, as a sign of Christian hope in the risen Lord, I impart my apostolic blessing to all present.
Biography of Cardinal Javier Lozano Barragán,
President emeritus of the Pontifical Council for Health Pastoral Care, Archbishpo-Bishop emeritus of Zacatecas,was born on 26 January 1933 in Toluca, Mexico. He was ordained a priest on 30 October 1955 and holds a doctorate in dogmatic theology. Cardinal Lozano Barragán taught dogmatic theology and the history of philosophy at the Diocesan Seminary of Zamora. He was President of the Mexican Theological Society and Director of the Theological Pastoral Institute of the Latin American Episcopal Conference (CELAM).
On 5 June 1979 he was elected titular Bishop of Thinisa in Numidia and appointed auxiliary of México. He was ordained 15 August 1979.
From 1979-1984 he carried out his episcopal service in the Archdiocese of Mexico. On 28 October 1984 he was appointed Bishop of the Diocese of Zacatecas.
He participated in many Synods of Bishops, and he was special secretary for the Synod on the family in 1980. He served as President of the Department for Education and of the Economy Department in CELAM.
On 20 August 1996 he was nominated President of the Pontifical Council for Health Pastoral Care (for Pastoral Assistance to Health-Care Workers), and on 7 January 1997 nominated Archbishop-Bishop emeritus of Zacatecas. President emeritus of the Pontifical Council for Health Pastoral Care, 18 April 2009. He participated in the conclave of April 2005, which elected Pope Benedict XVI.
Created and proclaimed Cardinal by the St. John Paul II in the consistory of 21 October 2003, of the Title of Santa Dorotea (till 12 June 2014 of the Deaconry of S. Michele Arcangelo).
Sources: https://press.vatican.va/content/salastampa/en/documentation/cardinali_biografie/cardinali_bio_lozano-barragan_j.html