Saint April 15 : St. Hunna of Strasbourg who Would Wash the Clothing of the Poor and the Patron of Laundry and Maids 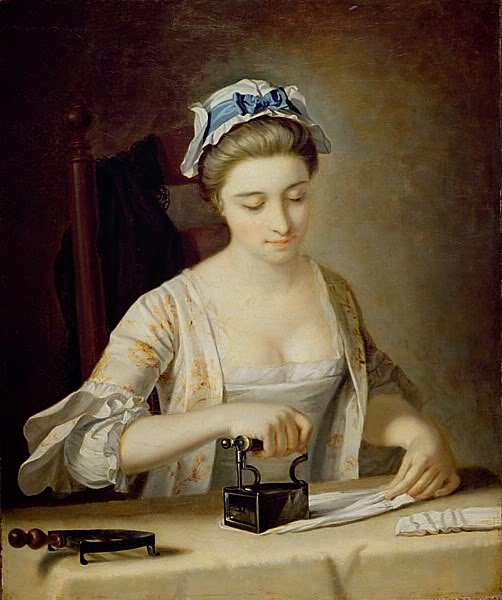 April 15: Saint Hunna of Strasbourg
Posted by Jacob
Saint Hunna (born, unknown; died 679) is remembered for her love of and service to those less fortunate than herself, despite prevailing prejudice. Hunna’s actions, at a time when the class system was firmly entrenched, created difficulties for herself in her daily life, and embarrassment for her noble husband. Yet, she did not shy away from her service to the poor, as she understood it to be her duty as a Christian.
Saint Hunna was born into a privileged life, the daughter of a duke in Alsace. She matured and married Huno of Hunnaweyer, a nobleman, and together they settled in the diocese of Strasbourg (now France). Together, they produced one son, Saint Deodatus, who eventually became a monk (and then a saint!). Saint Hunna was devoted to the Lord, raising her son with constant teaching, and living the virtues of the faith. She spent her days caring for her home and estate, and in prayer, while her husband traveled on diplomatic and political missions.
But this didn’t seem to be enough for Saint Hunna. In her prayer, she felt called to do more, to serve others. By the Lord, her eyes were opened to the poverty and general squalor that the peasants and servants lived in… and she felt moved to assist. Hunna began making daily trips from the estate into the local villages and fields, visiting her poor neighbors, offering them religious instruction, and working for them. At first, she simply offered to do their laundry, earning her the title, “holy washerwoman.” Hunna would travel from home to home, collecting soiled clothing, and then spend the better part of each day washing and scrubbing the clothing clean. When the clothing was too dirty, or too threadbare to mend, she would replace it with a new article.
As time went on, her washing service expanded to any task that her neighbors needed help with—cooking, cleaning, childcare, even more demanding physical labor. She also instructed in ways of cleanliness, assisting with hygiene. Saint Hunna regularly performed the greatest act of service, bathing those who were unable to bathe themselves.
Saint Hunna demonstrates to us great selflessness, borne out of love for the Lord. She willingly left her life of privilege on a daily basis, eventually being shunned by those of her class and station, to intercede in the lives of those who had no one to care for them. She treated the poor, the sick, the forgotten as equals to herself, offering them basic human respect, love, and charity. Saint Hunna welcomed all into her life as the family of God. The life of Saint Hunna provides a gentle reminder of our own hesitancy to venture beyond our comfortable lives, to actively engage in community service to those in need. We are mindful of the fact that we are called to service and social justice, and that embarking on that mission may be difficult or even painful. We look to Saint Hunna as inspiration—inspiration to embody the love of Christ, and to share that love with others in service. Shared from 365 Rosaries