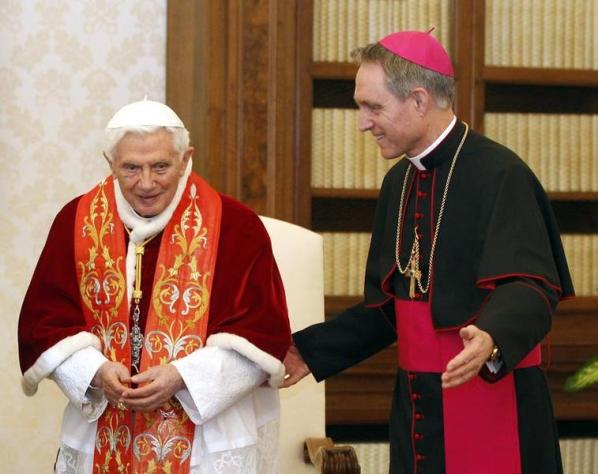 Benedict XVI's personal secretary, Archbishop Georg Gänswein, has been infected with the corona virus. He has been in isolation since Holy Week Monday (April 11), the 65-year-old confirmed on Wednesday at the request of the Kathpress news agency. A follow-up test was still positive on Easter Sunday, and another test is scheduled for Wednesday evening.

The private secretary was not present at the 95th birthday of the Pope Emeritus last Saturday. However, Gänswein had already declared before the birthday that "smaller delegations and some people" would only go to Benedict XVI in Easter week. came to bring congratulations. Pope Francis paid a pre-birthday visit to his predecessor on April 13.

Italian media had recently reported that the papal foreign envoy Archbishop Paul Gallagher was also corona positive. Therefore he had to postpone a trip to the Ukrainian capital Kyiv that was planned for before Easter.