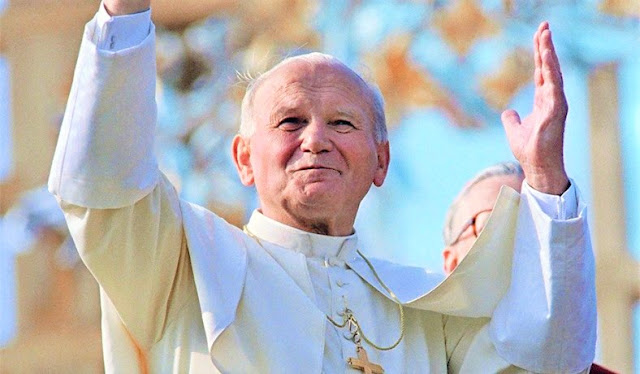 On Wednesday, 13 May 1981, there was an attempted assassination of Pope John Paul II, in St. Peter's Square in Vatican City. The Pope was shot and wounded by Mehmet Ali Ağca as he was entering the square. The Pope was hit by four bullets and suffered severe blood loss. Ağca was apprehended immediately and later sentenced to life in prison by an Italian court. Afterwards, the Pope forgave Ağca for the assassination attempt. Ağca was pardoned by Italian president Carlo Azeglio Ciampi at the Pope's request and was deported to Turkey in June 2000. Pope John Paul II accredited his recovery to Our Lady of Fatima as it was on her feast that he was shot. He placed the bullet from the shooting in the crown of her statue at Fatima. 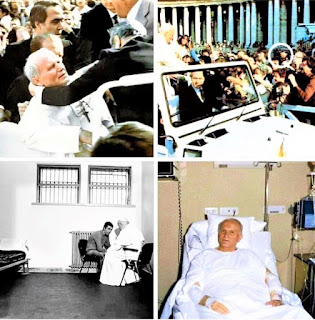 Last year, the head of the Catholic Bishops of Poland wrote, "We thank God and Our Lady of Fatima for saving the life of the Polish Pope and, consequently, his long pontificate, which marked the history of the universal Church and the world very strongly, said Archbishop Stanisław Gądecki, chairman of the Polish Episcopal Conference, on the occasion of May 13 this year. 40th anniversary of the assassination attempt on the life of the Holy Father John Paul II."
Source: https://episkopat.pl/obchody-40-rocznicy-zamachu-na-jana-pawla-ii-pod-przewodnictwem-abp-gadeckiego/