European Union Adopts Report that is Hostile to Religion and Criticized by EU Catholic Bishops, ADF and Other Christian Groups 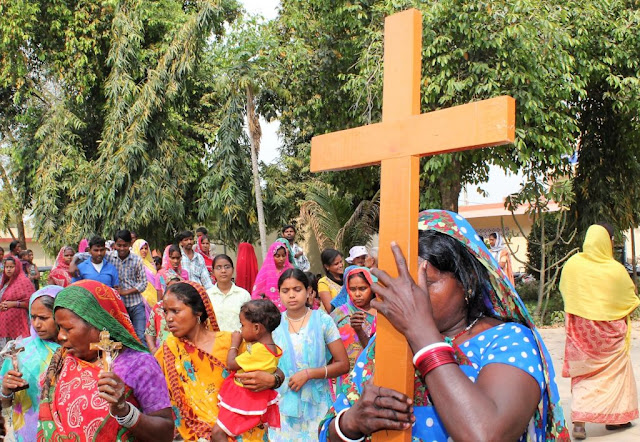 In view of the today’s vote of the European Parliament’s motion for resolution on the persecution of minorities on the grounds of belief or religion, the General Secretary of COMECE, Fr. Manuel Barrios Prieto, has made the following statement:

“The right to freedom of thought, conscience and religion as well as the inherent right to life are fundamental human rights recognized in international law. They are above political consensus, as their direct source is the inalienable human dignity of every human being. It is the responsibility and the duty of political authorities, including the European Parliament, to protect, defend and promote them worldwide, as well as all the other internationally recognized human rights rooted in the human dignity set forth in the International Bill of Human Rights.

Any attempt to undermine the right to freedom of thought, conscience and religion and the right to life through abusive interpretations that unduly restrict their legitimate scope or to subject them to newly created and non-consensual “so-called human rights”, including abortion, constitute a serious violation of the international law that discredits the European Union before the international community and before millions of European citizens.

Any treatment of these human rights as second-class rights contradicts the Declaration and Programme of Action of the 1993 Vienna World Conference on Human Rights, which calls on the international community to consider all human rights “in a fair and equal manner, on the same footing, and with the same emphasis”.

Furthermore, this motion for resolution, in its current wording, will not be of help for millions of religious believers who are victims of persecution because of their faith, in particular vulnerable women and girls, as their situation will be obscured and rendered invisible by prioritizing other political interests.”

ADF also Criticized the Decision in their Release:

Brussels (4 May 2022) – Yesterday, the European Parliament adopted a report on “The persecution of minorities on the grounds of belief or religion”. Human rights experts have denounced the report as “openly hostile towards religion”. While the initial draft of the report referred to religion as a “human right” and “often a last bastion of liberty” in society, the adopted report describes religion as a threat to a free society by criticizing it as “an important driver of conflict worldwide.”

“Nobody should be persecuted because of their faith. It is unacceptable that this report, which is meant to stand in solidarity with those suffering from persecution because of their faith, is openly hostile towards religion. By adopting the wording of this report, the European Parliament has undermined its credibility of wanting to address the challenges religious minorities face worldwide,” said Jean-Paul Van De Walle, Legal Counsel based in Brussels with the human rights organization ADF International.

The original draft contained several positive aspects regarding the protection of religious minorities against persecution. Various specific references were also made to Christians, and the extent of persecution they experience.

The Committee on Foreign Affairs (AFET) of the European Parliament, however, amended the initial report in such a way that the scope and tone of the report have completely shifted. Defenders of religious freedom have even described the report as openly hostile to religion in some paragraphs. The persecution of Christians in the Middle East and Africa was omitted and all but one reference to Christians was deleted. The report does include multiple references emphasizing protections for atheist, secular or humanist belief minorities.

Experts also criticized that the victims who were supposed to be protected by this report ended up being painted as aggressors. They also note that the adopted report goes so far as to condemn religions for their stance on marriage and the protection of life from conception until natural death, which goes far beyond the scope of the report.

“While I welcome the EP’s report on the persecution of religious freedom, I cannot help but express my dismay at the way this report has been hijacked to stigmatise religion itself,” said Miriam Lexmann, Member of the European Parliament from Slovakia.

The Special Envoy for the promotion of freedom of religion or belief outside the EU was introduced in 2016 to protect freedom of religion or belief on behalf of the EU worldwide. Part of the Special Envoy’s mandate includes visits to countries with some of the most violent religious persecution in the world to help address the situation and develop response plans. The Special Envoy played a decisive role in helping Asia Bibi safely leave Pakistan after she was acquitted of blasphemy charges. The position has been vacant for nearly two years.

While it was expected that the report would recognize the importance of the Special Envoy, it instead undermines the role by calling for an investigation into the added value of the position. At the same time, however, the report calls for the Special Envoy to also focus on “the rights to non-belief, apostasy and the espousal of atheistic views”.

“We regret that the hijacked report fails to call on the European Commission to take all necessary steps to appoint a new Special Envoy. The Special Envoy has played a crucial role in bringing the horrors of religious persecution to light at the European level. The role has created awareness around some of the worst and most persistent violations of fundamental rights around the world and helped focus EU efforts to counter them. The EU should not only continue but intensify efforts to protect freedom of religion or belief around the world. The reappointment of a Special Envoy for the promotion of freedom of religion or belief outside the EU is now more necessary than ever,” continued Portaru.