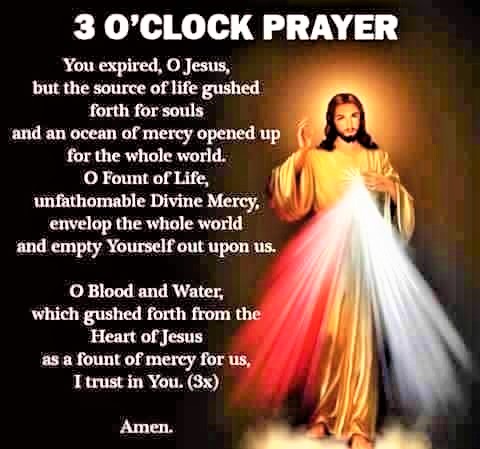 Monday of the Fourth Week of Easter
Lectionary: 279
Reading I
Acts 11:1-18
The Apostles and the brothers who were in Judea
heard that the Gentiles too had accepted the word of God.
So when Peter went up to Jerusalem
the circumcised believers confronted him, saying,
‘You entered the house of uncircumcised people and ate with them.”
Peter began and explained it to them step by step, saying,
“I was at prayer in the city of Joppa
when in a trance I had a vision,
something resembling a large sheet coming down,
lowered from the sky by its four corners, and it came to me.
Looking intently into it,
I observed and saw the four-legged animals of the earth,
the wild beasts, the reptiles, and the birds of the sky.
I also heard a voice say to me, ‘Get up, Peter. Slaughter and eat.’
But I said, ‘Certainly not, sir,
because nothing profane or unclean has ever entered my mouth.’
But a second time a voice from heaven answered,
‘What God has made clean, you are not to call profane.’
This happened three times,
and then everything was drawn up again into the sky.
Just then three men appeared at the house where we were,
who had been sent to me from Caesarea.
The Spirit told me to accompany them without discriminating.
These six brothers also went with me,
and we entered the man’s house.
He related to us how he had seen the angel standing in his house, saying,
‘Send someone to Joppa and summon Simon, who is called Peter,
who will speak words to you
by which you and all your household will be saved.’
As I began to speak, the Holy Spirit fell upon them
as it had upon us at the beginning,
and I remembered the word of the Lord, how he had said,
‘John baptized with water
but you will be baptized with the Holy Spirit.’
If then God gave them the same gift he gave to us
when we came to believe in the Lord Jesus Christ,
who was I to be able to hinder God?”
When they heard this,
they stopped objecting and glorified God, saying,
“God has then granted life-giving repentance to the Gentiles too.”

Responsorial Psalm
42:2-3; 43:3, 4
R. (see 3a) Athirst is my soul for the living God.
or:
R. Alleluia.
As the hind longs for the running waters,
so my soul longs for you, O God.
Athirst is my soul for God, the living God.
When shall I go and behold the face of God?
R. Athirst is my soul for the living God.
or:
R. Alleluia.
Send forth your light and your fidelity;
they shall lead me on
And bring me to your holy mountain,
to your dwelling-place.
R. Athirst is my soul for the living God.
or:
R. Alleluia.
Then will I go in to the altar of God,
the God of my gladness and joy;
Then will I give you thanks upon the harp,
O God, my God!
R. Athirst is my soul for the living God.
or:
R. Alleluia.
Alleluia
Jn 10:14
R. Alleluia, alleluia.
I am the good shepherd, says the Lord;
I know my sheep, and mine know me.
R. Alleluia, alleluia.
Gospel
Jn 10:1-10
Jesus said:
“Amen, amen, I say to you,
whoever does not enter a sheepfold through the gate
but climbs over elsewhere is a thief and a robber.
But whoever enters through the gate is the shepherd of the sheep.
The gatekeeper opens it for him, and the sheep hear his voice,
as the shepherd calls his own sheep by name and leads them out.
When he has driven out all his own,
he walks ahead of them, and the sheep follow him,
because they recognize his voice.
But they will not follow a stranger;
they will run away from him,
because they do not recognize the voice of strangers.”
Although Jesus used this figure of speech,
the Pharisees did not realize what he was trying to tell them.
So Jesus said again, “Amen, amen, I say to you,
I am the gate for the sheep.
All who came before me are thieves and robbers,
but the sheep did not listen to them.
I am the gate.
Whoever enters through me will be saved,
and will come in and go out and find pasture.
A thief comes only to steal and slaughter and destroy;
I came so that they might have life and have it more abundantly.”
Prayer to Make a Spiritual Communion-
People who cannot communicate now make spiritual communionAt your feet, O my Jesus I bow down and offer you the repentance of my contrite heart, which abysses itself into its nothingness and Your holy presence. I adore you in the Sacrament of Your love, the ineffable Eucharist. I wish to receive you in the poor home that my heart offers you. In anticipation of the happiness of sacramental communion, I want to possess you in spirit. Come to me, oh my Jesus, that I may come to you. May Your love inflame my whole being, for life and death. I believe in you, I hope in you, I love you. So be it. Amen