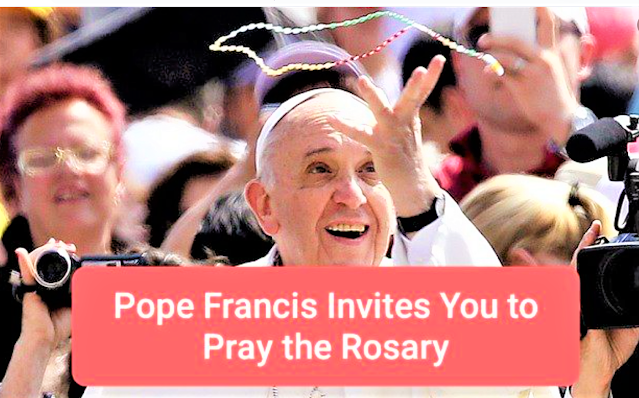 At the end of the Marian month, Pope Francis wishes to offer a sign of hope to the world, suffering from the conflict in Ukraine, and deeply wounded by the violence of the many theaters of war still active. On Tuesday 31 May at 18:00, the Pope will recite the Rosary prayer in front of the statue of Maria Regina Pacis in the Basilica of Santa Maria Maggiore in Rome. The statue of Maria Regina Pacis is located in the left aisle of the Basilica of Santa Maria Maggiore. It was commissioned by Benedict XV, created by the sculptor Guido Galli, at the time deputy director of the Vatican Museums, to ask the Virgin for the end of the First World War in 1918. The Madonna is represented with her left arm raised as a sign to order the end of the war , while with the right he holds the Baby Jesus, ready to drop the olive branch symbolizing peace. Flowers are carved on the base, symbolizing the flourishing of life with the return of peace. It is traditional for the faithful to place small handwritten cards with prayer intentions at the feet of the Virgin. The Pope will place a wreath of flowers at the foot of the statue before addressing his prayer to Our Lady and leaving his particular intention.

To support the Pope's prayer there will be various categories of people representing the People of God. There will be boys and girls who have received First Communion and Confirmation in recent weeks, Scouts, families of the Ukrainian Community of Rome, representatives of the Ardente Youth Mariana (GAM), members of the Vatican Gendarmerie and the Pontifical Swiss Guard and the three parishes of Rome dedicated to the Virgin Mary Queen of Peace, together with the members of the Roman Curia.

As a sign of closeness to those most involved in the dynamics of these tragic events, they were invited to recite the tens of the Rosary: ​​a Ukrainian family, people linked to war victims and a group of military chaplains with their respective bodies.

All the faithful in every part of the world are invited to support Pope Francis in praying to the Queen of Peace.

The prayer will be broadcast live on the official channels of the Holy See, all Catholic networks in the world will be connected and it will be available for deaf and hard-of-hearing people through translation into the Italian sign language LIS.

Press release of the Pontifical Council for the Promotion of the New Evangelization, 26.05.2022