Pope Francis says "Every single person is a universe, which only God knows fully, with unparalleled respect" to University 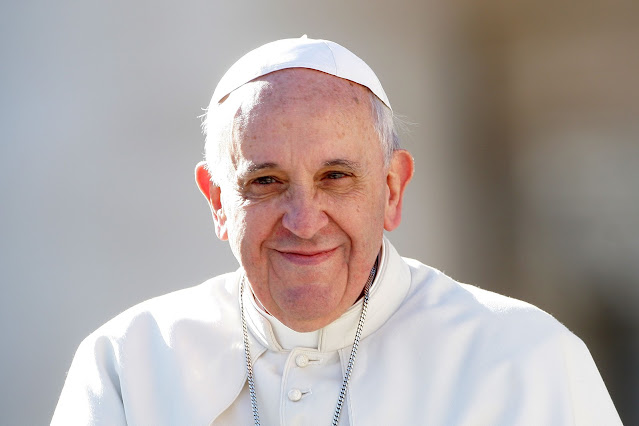 TO TEACHERS AND STUDENTS OF THE UNIVERSITY OF MACERATA

Dear friends of the University of Macerata, welcome!

I warmly greet you all and thank the Rector for his introduction. He struck me that, in presenting your Athenaeum, he did so spanning a very broad horizon: the friendship between West and East; the encounter between different cultures; the drama of war; the migratory phenomenon - an interesting quote from Seneca! -; peace ... But this, in fact, is the university! The university is - or at least it should be - the place where the mind opens up to the horizons of knowledge, to the horizons of life, of the world, of history. Naturally starting from a precise perspective, from the in-depth and methodical study of a disciplinary field, but always in openness, always for an integral knowledge of the world and of man.

And this horizon, so to speak, is doubled if we think that every person , therefore every student who crosses the threshold of the university and attends it for a few years, each of them is, in itself, a universe . In the university, therefore, two universes meet: that of the world, of knowledge, and that of man; not of the generic man, who does not exist, but precisely of that person, of that young man, of that young woman, with his history and his personality, his dreams and his intellectual, moral, spiritual qualities ..., the limits of he. Every single person is a universe, which only God knows fully, with unparalleled respect.

This, I would say, is the challenge of the university: to bring together these two horizons, that of the world and the personal one, so that they can dialogue, and from this dialogue comes a growth of humanity.. A growth first of all of the student himself, who is formed, matures in knowledge and freedom, in the ability to think and act, to participate critically and creatively in social and civil life, with his own cultural and professional competence. I am reminded of St. John Henry Newman's reflections on the university, where he writes that in the university environment the young man "forms a mental habit that lasts a lifetime, whose attributes are freedom, fairness, calm , moderation and wisdom ", and adds:" I would refer to this as the specific fruit of the education provided by the university, when compared to other places or ways of teaching, and this is the main purpose of a university in its student care. ( The idea of ​​the university, 1873, V, 1). This idea of ​​a university has nothing to do with what the Enlightenment left us, filling our heads with things. It is the whole person who must be involved there, his affections and the way of feeling not only of thinking and also the way of acting. There is a human harmony, not thinking of the university as a factory of macrocephalics who then do not know what to do with their hands or with the heart. This human idea of ​​the university is important.

This human growth of people can only have a positive effect on society. Therefore, investing in training, schools and universities is the best investment for the future of a country. We know this, we often hear it repeated, but consistent decisions are not always made.

I would like to underline another aspect, also touched upon by the Rector: that of the encounter between different cultures. We are well aware that this is not automatic. It is not enough to bring together professors and students from different backgrounds. It is necessary to develop a culture of encounter. And certainly the university is a privileged place to do this. Macerata was the birthplace of a great "champion" of this culture who is Father Matteo Ricci. He was great not only for the things he did that he wrote, but he is great because he was a man of encounters, a man of the culture of encounter, a man who went beyond being a stranger; he became a citizen of the world because he was a "citizen of the people". This is the culture of encounter. And certainly the university is a privileged place to have this meeting. Macerata was the birthplace of this great champion: I congratulate you because you not only cherish his memory and promote studies on him, but try to update his example of intercultural dialogue. How much need there is today, at all levels, to take this path with determination, the path of dialogue! How accustomed the powers of the world are to the road of exclusion, to the throwaway culture! There is no need for dialogue, the path of dialogue. "But waste time with dialogue?". Yes, waste time because this then bears fruit in a bigger and more beautiful way.

Dear friends, I thank you for your visit and I wish you all the best for the University. I cordially bless you and the entire academic community. And I ask you to please pray for me.