Pope Francis Tells Seminarians "Whoever gives his life for the Gospel thinks like this, embraces God's response to the evil of the world..." 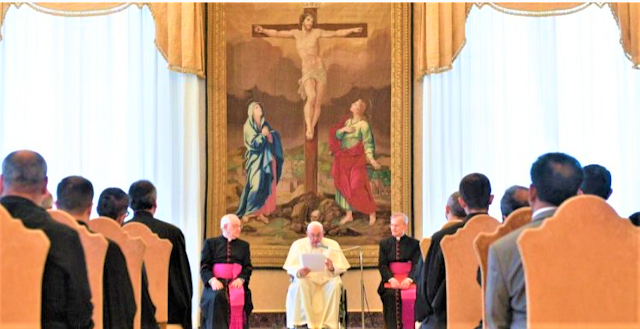