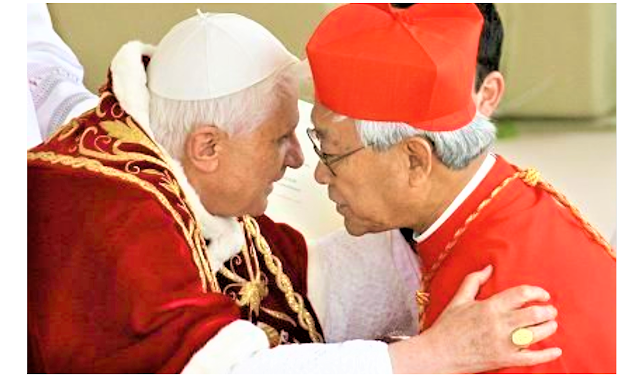 Statement of U.S. Bishops’ Chairman on International Justice and Peace on Arrest of Cardinal Joseph Zen

Upon the news of the arrest of Cardinal Joseph Zen of Hong Kong on May 11, Bishop David J. Malloy of Rockford and chairman of the U.S. Conference of Catholic Bishops’ Committee on International Justice and Peace called for prayer and the pursuit of justice.

“The alarming news of the May 11 arrest in Hong Kong of Cardinal Joseph Zen Ze-kiun due to his past role in administering a humanitarian fund for protestors indicates the downward trend in respect for fundamental freedoms and human rights in Hong Kong. This steadfast pastor and strong supporter of democracy and justice was arrested along with other trustees of a fund that paid for legal and medical expenses of pro-democracy protestors, a fund that was disbanded in the fall of 2021. Because of Cardinal Zen’s support for these protestors, he is being accused of ‘collusion with foreign forces.’ Under the national security law imposed in June 2020, ‘secession, subversion and collusion with foreign forces’ is a crime punishable with sentences of up to life imprisonment. Thus, although Cardinal Zen has been released on bail, his situation remains precarious.

“The Vatican’s press office said Wednesday, ‘The Holy See has learned with concern the news of Cardinal Zen’s arrest and is following the evolution of the situation with extreme attention.’ I join with the Holy See in expressing concern for the fate of Cardinal Zen and others who share his current predicament. I invite all those of good will to pray for their safety and that justice may prevail.”