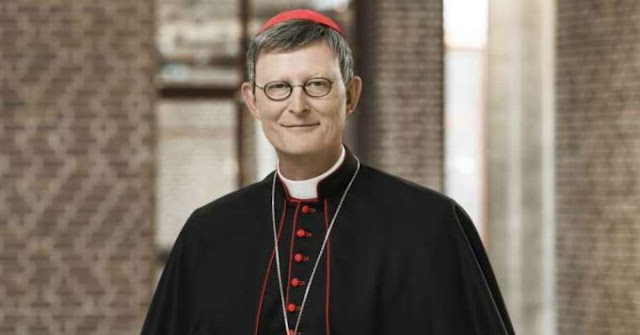 The Vatican has attested that the archbishop of Cologne did not violate canon law in connection with the financing of reports and communication advice on dealing with abuse. The Archdiocese of Cologne has now quoted a corresponding letter from the Prefect of the Congregation for Bishops in Rome to Cardinal Rainer Maria Woelki on its website.

Vatican News reported that according to this, it was found in Rome “after thorough study” that further committee participation in the use of the funds from the so-called “BB Fund” to finance the two reports on dealing with cases of sexual abuse in the archdiocese and for advice from the diocese commissioned Communications agency was not necessary, according to the letter from Rome signed by Cardinal Ouellet. A total of 2.8 million Euros were spent on this, which came from a fund that is available to the archbishop. As the Congregation for Bishops further states, the Archbishop is authorized "in accordance with applicable canon law" to "dispose freely of the Fund's financial resources."

During Cardinal Woelki's sabbatical of several months from the management of the Archdiocese, interim administrator Rudolf Steinhäuser had the award of the disputed orders checked by two canon lawyers and submitted the process to the Bishops' Congregation for examination. Critics had expressed the suspicion that the property council and the cathedral chapter had not been included in the expenses in accordance with canonical requirements. However, there was no obligation to involve the "diocesan advisory bodies" since the diocesan property was never touched," the Congregation for Bishops now judges.

Cardinal Rainer Maria Woelki reacted with relief to the "good news from Rome". He hopes that this will help calm his archdiocese. However, the case shows "that we must continue on the path to further transparency and compliance." The bodies concerned were informed of the results.

Cardinal Ouellet had also informed the Congregation for the Clergy on the matter. Their prefect, Archbishop Lazzaro You Heung sik, said that ecclesiastical law had not been violated. "Since there is consequently no crime, there is no reason for canonical measures," Cardinal Ouellet quotes the prefect of the Congregation for the Clergy in his letter.