Wow Mother and Son Both Enter the Same Religious Order as a Priest and Nun! 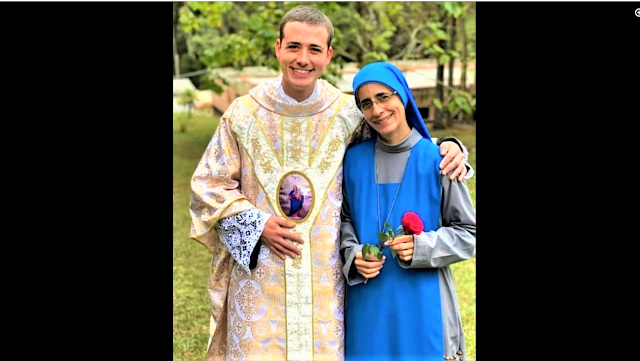 The Son of a nun was ordained a priest.
This photo was taken on the day of the priest's ordination. His mother prayed for him during his time in the seminary up to that date. The priest is Father Jonas and Sister Perseverance, his birth mother, is a nun and both belong to the same religious order.
The photo was taken on May 8, 2020 and is going viral around the internet. Both mother and son, are part of the Incarnate Word Institute.
After becoming a widow, Sister Perseverance, entered the religious life and became a Catholic nun. That same year her son was ordained a priest.
SHARE this to Inspire and Let us pray for vocations!
Photo: Screenshot from Instituto Verbo Encarnado -